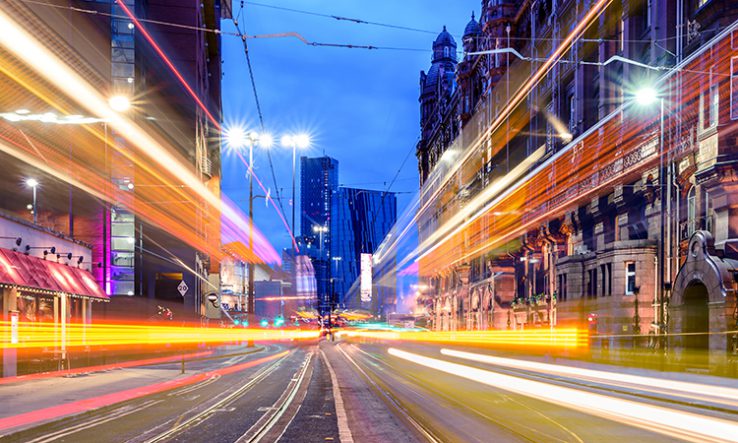 In recent years, innovation districts have emerged in cities including Melbourne to Medellín as urban alternatives to out-of-town science parks. These branded urban areas aim to bring together business, research, educational, cultural and community spaces, with the aim of achieving synergies that drive innovation and creativity.

Many UK cities and towns are promoting innovation districts, quarters, corridors or hubs. The UK’s Connected Places Catapult identifies more than 100 ‘innovation places’ of different sizes and themes across the country.

The risk, though, is that innovation districts become high-tech enclaves that offer little benefit to most citizens and perhaps even worsen existing inequalities. A collaboration between researchers at the universities of Manchester and Melbourne is looking at how innovation districts might be made more inclusive and sustainable—a question made more pressing by the social and economic effects of the Covid pandemic.

The results will feed into planning for a new innovation district, ID Manchester, developed on the site of an existing university campus by the University of Manchester, in partnership with property developer Bruntwood SciTech. It forms part of the city centre’s Oxford Road Corridor, a partnership between city leaders, universities, hospitals, cultural institutions, a real estate developer and an existing science park, and which currently hosts about 8,800 businesses and 79,000 employees.

Last December, we brought together scholars and practitioners in a virtual workshop to discuss how innovation districts can be sustainable and inclusive.

Many innovation districts are established as private-public partnerships, noted Arnault Morisson, an economic geographer at the University of Bern. Developers are obliged to return a profit from their often major investments. This raises the question of who will ensure that the development generates benefits beyond its boundaries.

Alex Gardiner, a director at economic development consultancy Metro Dynamics, stressed that innovation districts should define their social mission early on in their design. This should include clarity around participants, funding, wages, goals, accountability, governance and wider benefits. In contrast, she said, many districts only report their economic indicators, such as the number of startups or patents granted.

Richard Jones, vice-president for regional innovation and civic engagement at the University of Manchester, added that trust among stakeholders is crucial to the success of such a development—everyone has to buy into the proposed model and its aims.

Claire Eagle, from the Connected Places Catapult, emphasised the importance of physical and social infrastructure to place-making for innovation and creativity. Morisson noted that Barcelona’s local government required the city’s innovation district to dedicate 30 per cent of its area to public housing, parks and community spaces.

Claire added that, while there are diverse approaches to building innovation districts, good governance invariably depends on collaboration, representation and diversity. Effective leadership implies responsiveness to challenges and experimentation. These are especially important, both in light of the Covid-19 pandemic and in an evolving policy context such as the UK’s Levelling Up agenda.

Lou Cordwell, chair of the Greater Manchester Local Enterprise Partnership (LEP), emphasised that inclusivity and sustainability are crucial to both the economic and social success of innovation districts. In ID Manchester, there’s a commitment for its emerging innovation district to address societal missions as well as sustainability. ID Manchester will make a £28 million investment in public spaces, working with local people to co-design community spaces. It will also comply with Greater Manchester’s environmental plan and net-zero initiatives.

Firms want infrastructures that help them fulfil national and international sustainability targets. And footloose talent is increasingly drawn to places offering inclusivity, sustainability and social responsibility. ID Manchester is developing a manifesto to set out its mission and anticipated economic and social contribution, said John Holden, associate vice-president for special projects at the University of Manchester.

Despite the many examples of innovation districts around the world, it’s still not easy to find evidence of developments that have generated broader public benefits. Projects are often constrained by multiple commitments to development shareholders and policymakers.

Innovation districts depend on creating connections, but it’s all too easy to focus on a narrow set of actors and links. Building and sustaining broader links, so that varied organisations and diverse communities—including public and third-sector organisations as well as companies—can co-exist and work towards social and economic impacts is more challenging. It requires a firm social commitment from the outset, a commitment to good governance, and a recognition that an innovation district is embedded in a wider urban and city-regional geography.

It’s crucial to keep asking the key question: innovation for whom?