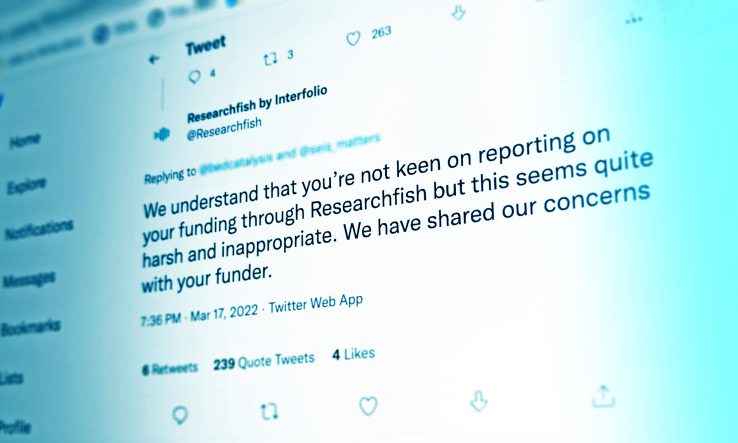 Impact-tracking service has landed in hot water, with funders asking questions about “intimidation” of academics

Academics have vented their rage online towards the impact-tracking service Researchfish, following controversial tweets in which it responded to criticisms by telling academics that it had reported them to their funders.

Researchfish has since apologised for the tweets that triggered the row. A spokesperson for Interfolio, its parent company, told Research Fortnight: “We have revised our social media policy regarding social media engagement and follow-up.”