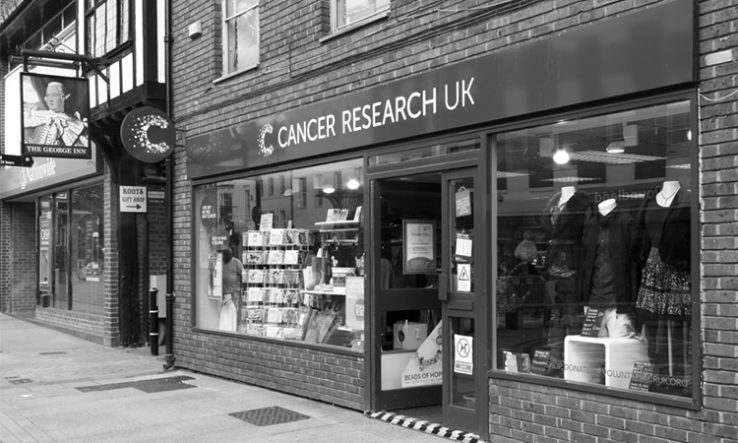 The future of charity-funded medical research is at “significant risk” as a result of the Covid-19 pandemic without financial support from the government, a group of charities has warned.

Aisling Burnand, chief executive of the Association of Medical Research Charities (AMRC), which represents more than 150 medical research charities across the UK, said its members were projecting a £310 million shortfall over the next year. They estimate it will take more than four years to return to normal funding levels.

“The current pandemic has put the future of charity research at significant risk,” Burnand told journalists at a Science Media Centre briefing on 23 June.

“Covid-19 has swept across the country, bringing with it both increased demand for charity services and staggering financial losses as fundraising plummets.”

Together with AMRC members, Burnand is calling on the government to commit to a Life Sciences Partnership Fund, a co-investment scheme that provides a level of match funding for future charity research over the next three years.

“We’re asking to collaborate, to work together to secure a healthier future and maintain our world-leading position in life sciences,” she said.

Despite the lifting of UK lockdown restrictions, Burnand fears that some research will not resume due to funding uncertainty or a lack of research staff.

“The impact of the pandemic will be felt by medical research charities, their communities and their supporters for many years to come,” she said. “More than two thirds of AMRC charities are deferring upcoming grant rounds and withdrawing future funding.”

“For many of those it is only because of charity research funding that they can start a career in research.”

Charmaine Griffiths, chief executive of the British Heart Foundation, described the pandemic as the “single biggest challenge” the charity had faced in its 60-year history.

“The closure of our 740 shops and stores across the UK, and cancellation of our much-loved events, means we anticipate our net income this year reducing by 50 per cent, and consequently we will have to halve investment in new research from £100m to £50m.”

Michelle Mitchell, chief executive of Cancer Research UK, said the charity was facing “potentially incredibly difficult decisions to cut research by £150m a year” as a result of the drop in fundraising income.

“The size and significance of the cuts cannot be underestimated,” she said, adding that it could lead to a major contraction in CRUK infrastructure, and the potential closure of centres and institutes.

“It could mean thousands of early-year scientists being left unsupported and their ideas for cancer underfunded. It could mean we cancel plans to develop new projects, in the short term holding back clinical trials, and that means potentially holding back new cancer treatments.”