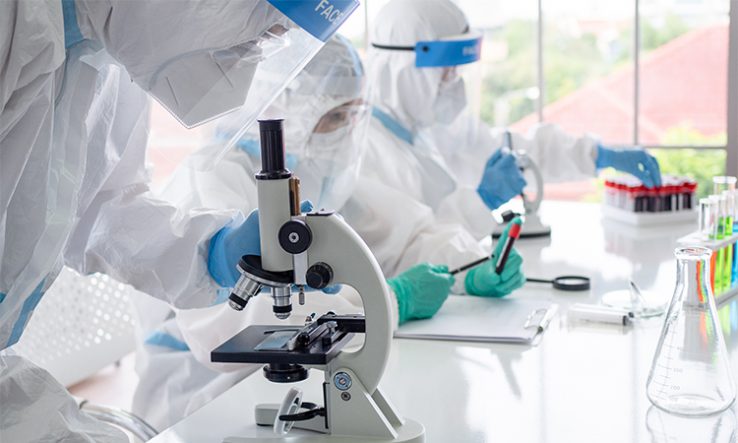 The chair of an influential data analytics group has called for urgent access to data from the early stages of the UK Covid-19 epidemic to plan for a potential second wave of infections in winter.

“We’ve really struggled to get hold of data in many cases and I think it’s limited us in what we can say,” Nigel Field, who chairs the Royal Society’s Data Evaluation and Learning for Viral Epidemics working group, told Research Professional News.

The Delve group is now writing a data readiness summary “to organise in a systematic way what data we think are needed, what’s there and what’s not there”.

“We really want to know more about details such as ethnicity, age structure and what’s happening over time to understand in more detail what’s happened and to inform public policy,” said Field, who is also director of the Centre for Molecular Epidemiology and Translational Research at University College London.

Field’s concerns follow comments by the Royal Society’s president Venki Ramakrishnan, who told the House of Lords Science and Technology Select Committee last week that the group had struggled to get the official data needed for their analysis.

Part of the problem, Ramakrishnan said, “is that a lot of the data that we want—for example, in the Delve group that I have convened—is not even available or accessible. Even if it were, it might not even be properly readable in a useful way. That is a general problem.”

To illustrate the challenge, Field referred to Delve’s report on hospital and healthcare acquisition of Covid-19 and its control: “It was very difficult to access data at a hospital level and definitely at an individual level.”

In some cases, such data simply did not exist, he said.

“One thing we would be really interested to know at a national level is the prevalence and incidence of Covid-19 in a representative population of healthcare workers and to understand how much they have been part of the epidemic,” he said.

Using data from the Office for National Statistics, the group estimated that around 10 per cent of the entire epidemic in England in the six weeks leading up to 7 June was in healthcare and social care workers. But due to data limitations, they were unable to go further than that.

“We didn’t know anything about the age structure, the ethnicity, and—probably most problematically—we couldn’t distinguish between people who were working in hospitals, people who were GPs or primary care staff and people who were social workers either in the residential care sector or visiting private homes.”

Obtaining such data would be “incredibly informative”, said Field, as it would enable the group to find out how Covid-19 had impacted healthcare workers based on the job they were doing and the kind of contact they had with patients.

“That would [then] inform directly policy about how you organise those groups.”

Another data set Delve is keen to access is on sickness, after large numbers of healthcare workers were either sick or were required to self-isolate in March, April and May.

“It’s not in the public domain how many affected people taking a leave of absence were off because of sickness or because they were needing to isolate or quarantine because they were in contact with somebody with symptoms.”

Looking ahead, Field would like to see more data made publicly available.

“It comes back to the age-old epidemiology of time, person, place. If you get time, person, place data on infections then you can understand a lot about how they are being transmitted, who’s at risk, and then how to control them.”

He says the government’s chief scientific adviser Patrick Vallance is aware of the issues and wants to help, and Field is hopeful that the government’s Joint Biosecurity Centre which is being set up will act as a data hub.

“It will be really important for the JBC to have control of the data and facilitate transparent access to the data to allow groups like Delve to make evidence-based policy advice.”