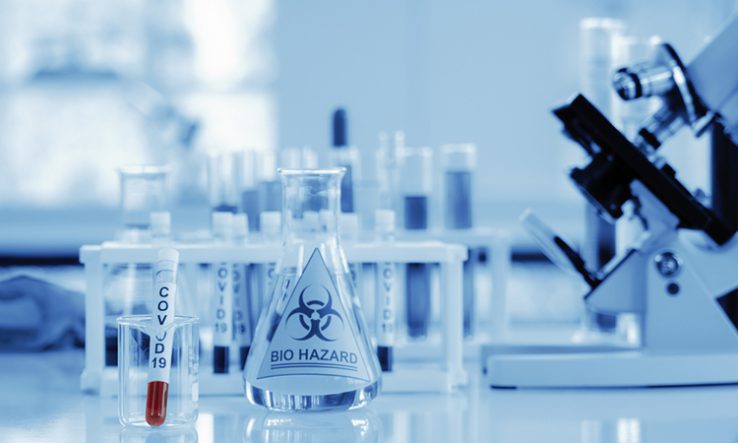 Biomedical associations have joined forces on designing and rolling out diagnostics for Covid-19, following weeks of delay and confusion over the UK’s strategy on testing.

Their intervention came as the health secretary, Matt Hancock, promised to increase the number of tests to 100,000 a day by the end of April, and the government said that none of the antibody tests it has purchased and examined so far seem to work. Antibody tests are expected to make a big difference, as they will be able to identify who has had Covid-19 at any time, whereas existing tests using the polymerase chain reaction can identify only those currently suffering from the disease.

The key remaining challenges, according to other professional bodies, are to do with bottlenecks in global supply chains for parts and chemicals for existing tests, and in the accuracy of antibody tests.

The Institute of Biomedical Science expressed “frustration” on behalf of biomedical scientists and laboratory staff in the NHS over confusion surrounding testing.

“In the first instance the UK did not have a testing strategy,” IBMS said in a statement on 3 April. “There was the notion that the vulnerable could self-isolate while the rest of the population built up a herd immunity. The approach was not backed up by the public health or clinical community and it put us on the back foot regarding supply chains and global demand.”

IBMS added that the UK has numerous high-quality accredited laboratories with suitable equipment and trained staff and that they “just need a reliable supply of test kits, plastics and reagents”.

Biomedical scientists’ skills “are under-utilised due to supply problems”, it said. “We are ready to increase capacity—but only if we are given what we need.”

However, IBMS cautioned against too fast an increase in testing, which it said could backfire.

“There is a very real risk that hospitals and pathology networks will run out of reagents and patients will not be able to be tested,” it said. “This will not only impact upon their care but can lead to hospitals unable to manage all patients safely—as has been seen in other countries.”

Most manufacturers of the genetic test for viruses, including the largest producers, are based outside the UK, according to an expert briefing by the Association of Clinical Biochemistry and Laboratory Medicine.

“Additional consumables, such as tubes and pipettes also need to be sourced in large quantities from overseas,” it said, adding: “UK laboratories have been working hard to do this for several weeks, as have laboratories all over the world.”

Regarding antibody tests, the ACBLM said: “These tests are only just coming to the market and scientists need to make sure they accurately measure Covid-19 antibodies and give reliable results.”

ACBLM president Neil Anderson said: “It is only through better understanding of the science that we can ensure better testing that delivers better care…during this difficult time, patient safety and the provision of tests that give consistent, high-quality results are at the forethought of all our members.”