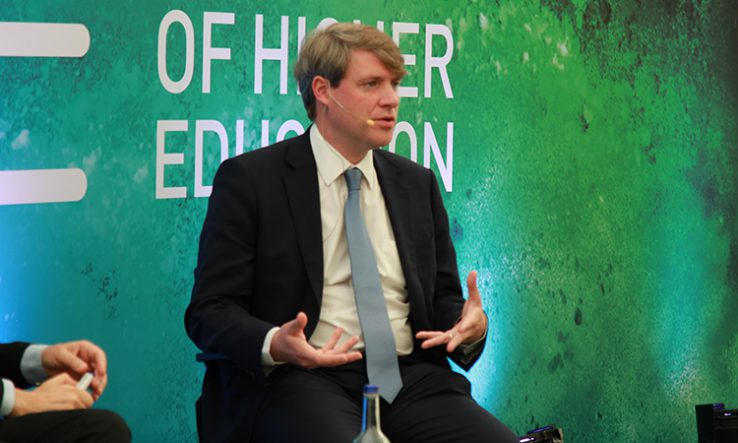 The Conservative Party’s “historic” pledge to increase public R&D spending to £18 billion will “turbocharge” the government’s ability to reach its 2.4 per cent target, the UK’s science and universities minister has said.

Writing exclusively for Research Fortnight ahead of the general election, Chris Skidmore said: “I want us to become the best: a global science superpower, and a magnet for the most brilliant people and businesses from across the world.”

The Conservative candidate for Kingswood reiterated the government’s plans for a British Advanced Research Projects Agency, which would receive £800 million over five years to fund high-risk, high-reward research.

Other party pledges include increasing the R&D tax credit from 12 per cent to 13 per cent and a Challenge-Led Innovation Procurement fund, which will provide firms with capital. The party has also promised to extend Innovate UK’s innovation loans pilot, which aims to help improve access to finance for small businesses.

Addressing concerns from the community over a possible no-deal Brexit, Skidmore said the government was committed to replacing all EU R&D and university funding.

“We will enable opportunities for world-class collaboration on research and innovation with Europe and global partners, building on the independent advice of Adrian Smith and Graeme Reid,” he said, in reference to the academics’ review of international collaboration, published earlier this month.

He described the prime minister’s Brexit deal as “fantastic for science and research, maintaining participation in Horizon 2020, with the text of the future relationship providing a basis to negotiate full association into Horizon Europe”.

“On Thursday 12 December, the country will be faced with a choice: uncertainty and delay under Jeremy Corbyn, with two referendums that would damage investment and business confidence, or a bright future with the Conservatives,” Skidmore wrote. “In our hands, I can assure you that not only will R&D be safe—it will be thriving. The Conservatives will make the UK the science superpower it deserves to be.”