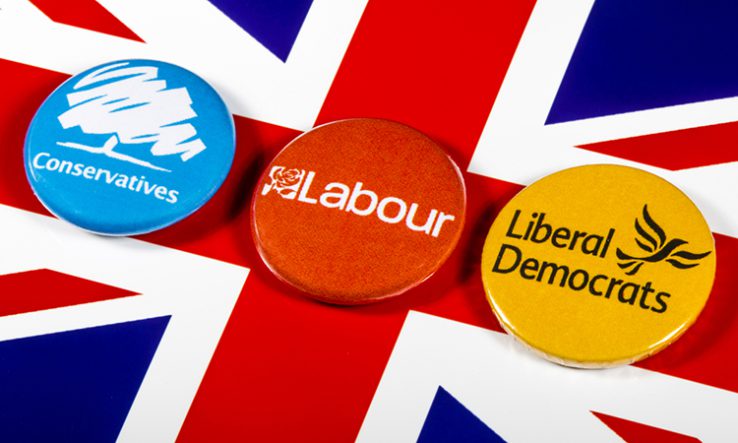 Boris Johnson has promised to increase R&D spending to £18 billion if his Conservative party wins next month’s general election.

The Campaign for Science and Engineering has already said the vast increase is “in line” with what is needed to hit existing government pledges on research funding.

But a concrete pledge to double government spending in the next parliament still marks a significant new promise to the sector, with parliament limited by law to a five year term. It is the first explicit commitment to the huge increase in government spending that experts say is necessary to reach the Conservative’s target of spending 2.4 per cent of GDP on R&D.

Speaking at the London Electric Vehicle Company factory in Coventry on 13 November, Johnson said that his government would ensure businesses could innovate, and “will double funding for research and development to £18 billion in the next parliament—the biggest ever increase in support for R&D”.

Johnson added, “I want you to look forward to…where in 10 years’ time scientists are starting to reap the huge rewards from our plans to double funding for research and businesses as well, from space to AI to the gigafactory for batteries we are going to build in the next three years.”

Sarah Main, director of the Campaign for Science and Engineering, said the long-term investment commitment was welcome. But she pointed out that Johnson’s announcement was actually in line with Case’s prediction of the spending needed to hit the government’s existing target of spending 2.4 per cent of GDP on R&D by 2027.

“With a clear commitment to a long-term rising budget, attention will turn to not how much is committed but how it will be spent,” said Main. “For the UK’s science and engineering strength to serve us best, the next government must ensure it is supported not only by funds, but by the people and partnerships that make research happen.”

According to the Office for National Statistics dataset on gross domestic expenditure on research and development, the combined R&D expenditure of the government, research councils and higher education funding councils in 2017 totalled just over £9bn.