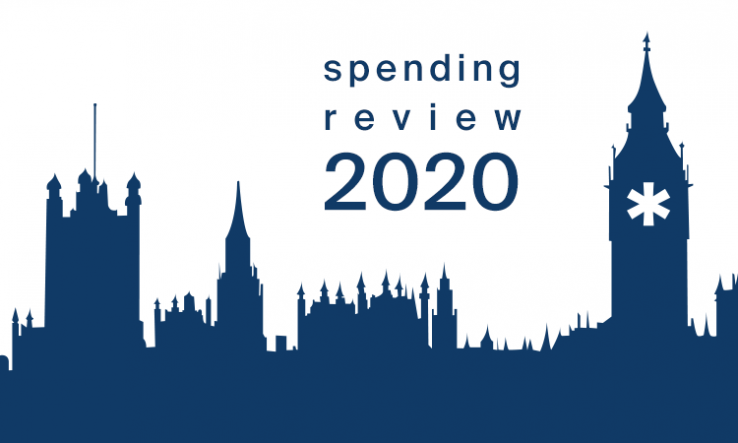 Reduced aid spending could damage research in the UK and abroad, say observers

The UK’s research community has reacted with dismay to the government’s decision, announced in the spending review, to reduce the aid budget from 0.7 to 0.5 per cent of gross national income.

The move could take around £4 billion a year out of the aid budget, though chancellor Rishi Sunak said on 25 November that the government hoped to return to spending 0.7 per cent of GNI on aid when “the fiscal situation allows”.

Robert Lechler, president of the Academy of Medical Sciences, said the decision “could have knock-on effects for R&D around the world”.

Stuart Taberner from the University of Leeds, who previously led UK Research and Innovation’s work on the £1.5bn Global Challenges Research Fund (GCRF), which is financed through official development assistance, raised concerns that the reduction in ODA “may damage the UK’s leading position in engaging globally on development research”.

“Universities have invested a great deal in creating new structures and incentives for ODA-focused research—will that have been in vain?” asked Taberner.

Hisham Mehanna, director of the institute for global innovation at the University of Birmingham, said a reduction in GCRF funding would “not only affect hard-pressed researchers in low-income and middle-income countries but will also significantly affect many researchers in the UK”.

Researchers are also unhappy about the lack of detail on what the reduced aid budget will mean on the ground. “It is still unclear what the impact will be on individual programmes of ODA-funded research,” said João Porto de Albuquerque, director of the institute for global sustainable development at the University of Warwick and a member of the strategic advisory group to the GCRF.

Alison Phipps, a principal investigator on several large GCRF grants at the University of Glasgow, said that “decisions and announcements are being taken in ways that land with researchers as chaotic and ill thought through”.

As well as the GCRF and the £735 million Newton Fund—both administered by the Department for Business, Energy and Industrial Strategy—the former Department for International Development had a £1.5bn research budget for 2016-21 before it was merged into the Foreign, Commonwealth and Development Office in June.

Ranil Dissanayake, a policy fellow at the Center for Global Development, a think tank, said it was “very likely that research will suffer cuts”, with the Newton Fund a likely candidate for cuts as it “does most of its spending in relatively richer countries”.

Both the Newton Fund and the GCRF are approaching the end of their current iterations in 2021, so there is concern that both funds could be squeezed, though some hope this can still be avoided. Taberner said that since the GCRF and the Newton Fund were part of the science budget, the government may be less willing to cut them at the same time as increasing overall science spending.

“Research funding is a very small proportion of total ODA and so it would be possible to preserve it close to the current investment if there is a political will,” said Kevin Marsh, a member of the strategic advisory group to the GCRF from the University of Oxford.

Others have also highlighted the need to protect R&D within the ODA budget.

“Continued R&D ODA investments for the generation of new knowledge through research is critical now more than ever to effectively direct limited resources to where they are most needed,” said Marta Tufet, executive director for the UK Collaborative on Development Research, a group of government departments and research funders working in international development, which includes both the FCDO and BEIS.

The only mention of ODA-funded research in the spending review was the launch of the Ayrton Fund, which will provide £1bn to “support developing countries to ‘build back greener’” through R&D on clean energy technologies.

Porto de Albuquerque said the funding for research on climate change in the global south was “timely and welcome”, adding that the “Ayrton Fund would be most impactful if it works in addition to and leverages the knowledge base of the GCRF and the Newton Fund”.

Following the spending review, speaking in the House of Commons on 26 November, foreign secretary Dominic Raab said that he would publish a review of how ODA was allocated in early 2021, and that the Foreign, Commonwealth and Development Office would take a “greater role” in coordinating development-related spending “right across Whitehall”.

He also said that the government’s priorities for ODA spending would include “increasing UK partnerships in science, research and technology, because these are the building blocks of development and require long-term strategic commitment”.

In a 25 November letter to the International Development Committee in the House of Commons, Raab also said science, research, technology was one of seven priority areas where aid spending would be focused.