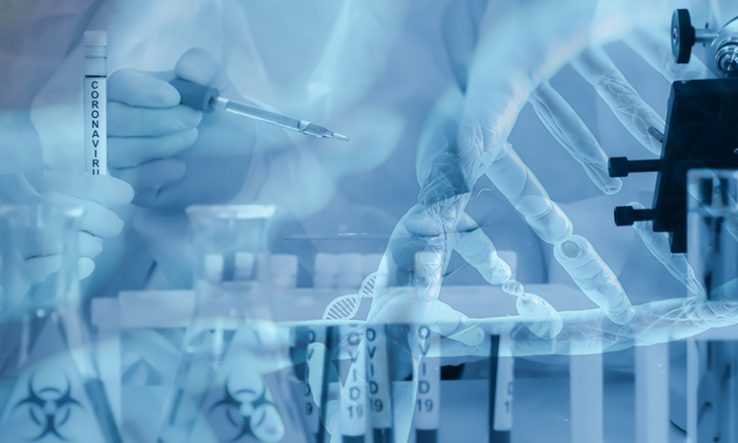 Select committee told about U-turn on antibody tests, and doubts about government’s target on testing

The UK government may have missed an opportunity to plan mass testing facilities years ago, the director of the Francis Crick Institute has suggested.

“I suspect we weren’t prepared enough,” Paul Nurse told the House of Commons Science and Technology Committee hearing on UK science, research and technology capability and influence in global disease outbreaks on 8 April.

“Certainly, there were tests that were carried out on the [pandemic response] system some time ago and maybe there were lessons that should have been learnt from that,” said Nurse, whose institute has been repurposed as a diagnostic facility for NHS staff and patients.

He said the difficulty with the centralised approach to testing for Covid-19 in mega-labs, which is favoured by the current government, is “getting them to work quickly”.

“If they had been planned a year or two ago, if there had been resource put there to test it out—and there are a lot of things that have to be tested—then one could imagine they would have been put in place rapidly,” said Nurse.

The comments came amid widespread concern over the availability of testing across the NHS, with many healthcare workers self-isolating with suspected symptoms or family members who are ill.

Health secretary Matt Hancock has recently revealed plans to scale up testing to 100,000 per day by the end of April with the help of universities, industry and the NHS.

But chair of the committee, Greg Clark, struggled to get detailed plans for timeline for reaching the target, and an answer on why 100,000 was chosen specifically.

John Newton, director of health recruitment at Public Heath England who was recently appointed government adviser on increasing the Covid-19 testing capacity, told the committee that the target wasn’t set by the government’s Scientific Advisory Group for Emergencies (Sage).

Asked about the feasibility of the target, Nurse was doubtful.

“Obviously we all have to work together to try and achieve what has to be achieved—100,000 is a stretch, though,” he said.

Steve Bates, chief executive officer of the BioIndustry Association, added that industry was going “as fast as it can”.

Kathy Hall, director of Covid-19 testing strategy at the Department for Health and Social Care, added: “It is a big challenge to go from where we are now to 100,000 tests a day by the end of the month but we have got a really good plan and we have got the support of everybody doing it. So, I think we feel confident.”

However, she added that she did not wish to “underplay the challenges and risks we have to overcome,” pointing to concerns over the availability of kits, swabs and reagents as well as logistics and the quality and accuracy of tests.

Addressing concerns expressed by government over the availability of chemical reagents for testing, Bates compared the situation to the panic buying of toilet paper.

“In one sense if there’s not something where you need it in the place you need it, you believe that there’s a shortage. But, in fact, there is plenty of supply of some of this or it’s able to be made by other people.”

While acknowledging that there were “pinch points” he said he did not think there was a “fundamental problem with the capacity to make reagent in the long term”.

Newton said they were “not that far off offering tests to all NHS staff who need them”.

“Right now we are not that far off, although…we would love to have more capacity right now,” he told MPs.

The new government target comes as plans for imminent antibody tests promised in the last select committee hearing have been dropped.

“We were obviously optimistic that a number of companies had been offering us these quick antibody tests and we were hoping they would be fit for purpose but of course the reality was…they all work to some extent, but they are just not good enough to rely on,” said Newton.

“Therefore, because the requirement for those tests is a little bit down the line, a judgement was made to take the time to develop a better antibody tests before rolling it out.”

The committee also heard from Seon Kui Lee, director of the division of risk assessment and international cooperation at the Korea Centers for Disease Control and Prevention, who said the early detection of cases through testing was a “key measure” in the South Korea government’s response to the virus, which has been widely praised internationally.

Gabriel Leung, chair of public health medicine at Hong Kong University, added: “As a general principle, I think the experience that we’ve had in the last three and a half months with Covid-19—not only in Hong Kong, but looking around the world—is that massively scaled testing is important at every stage of the epidemic, regardless of whether you are at the beginning, in the middle of, or at the end of the first wave and indeed after the first wave.”