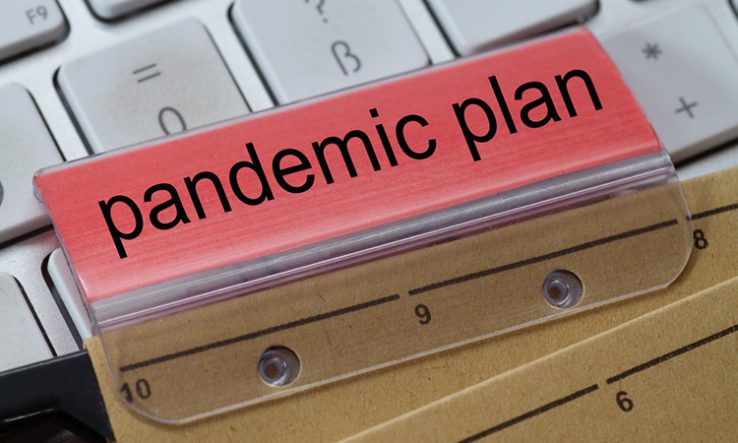 Country was too slow to act and did not follow its preparedness plans, experts say

The UK has been “complacent” over the risks posed by pandemics, according to Deirdre Hine, a physician and former chair of the Commission for Health Improvement, whose 2011 review of the UK’s response to the 2009 swine flu pandemic warned of the dangers of another, more severe pandemic.

“I think most people would agree that we have been complacent,” Hine told BBC World at One on 23 April. “We’ve been complacent while, I understand, that the danger of a pandemic was continually top of the government’s risk register.

“I’ve got no real insight into what happened,” she said, “but given the pressures on public finances, the pressures on the NHS and so on, I think maybe the risk of the pandemic may have slipped away.”

This is despite the country having a good pandemic plan that other countries have apparently copied. Martin Hibberd, professor of emerging infectious diseases at the London School of Hygiene & Tropical Medicine, who worked with Singapore on its pandemic preparedness in 2003 and 2009, told the Times on Sunday on 19 April that Singapore basically copied the UK’s plan. “But the difference is they actually implemented it,” he said.

Hine agreed that the UK had a good plan but did not act on it. “We were slow to act in January,” she said.

Her comments followed a similar assessment by Anne Glover, a former chief scientific adviser to Scotland and the European Commission, who told BBC Newshour on 22 April that “the thing we can learn from this pandemic is that you need to act quickly”.

“The UK had all the information about what was going on in Italy, for example, and what had happened in China, and yet we chose to do very little for about three weeks. That lost us an awful lot of time in being able to minimise the impact,” said Glover.

There is now growing clamour for a major public inquiry into how the government handled the pandemic in the early days.