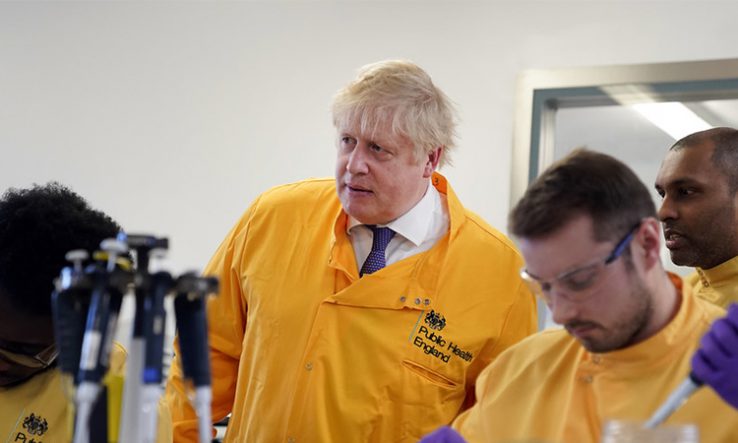 Members of the UK’s science and higher education community have slammed the prime minister’s “confusing” plan to end lockdown as they await further clarity.

Addressing the nation on 10 May, Boris Johnson unveiled a five-tier alert system determined by the reproduction rate of the disease and the number of coronavirus cases.

This will “tell us how tough we have to be in our social-distancing measures”, he explained. “The higher the level, the tougher and stricter we will have to be.”

Johnson is expected to set out further details of the approach in the House of Commons on 11 May.

The new measures come as the government replaced its “stay at home, protect the NHS, save lives” slogan with “stay alert, control the virus, save lives”.

But the measures have faced strong criticism from the science and higher education community.

Speaking to Research Professional News’s 8am Playbook, the shadow universities minister Emma Hardy criticised the “total lack of clarity” of the measures, which “leave people with more questions than they started with”.

“Universities must be clear that no one should return to work until the new safety guidance has been followed, which makes the government’s failure to release it extremely frustrating,” she said. “Workers everywhere must be kept safe and our universities should continue to lead by example.”

Stephen Griffin, associate professor in the school of medicine at the University of Leeds, said he was “deeply concerned by the confusing message from the government”.

“It feels as though the ethos that advice from the scientific community should guide policy has been abandoned,” he said. “We have achieved a plateau in new cases, not a significant drop, which means that the previously established pillars [for lifting the lockdown] have not been met.”

With this in mind, he said: “I find it difficult to understand why it is necessary to announce potential changes ahead of time, whilst failing to provide specific criteria by which decisions will be taken.”

“It’s very difficult to see how underlying science has informed the measures announced today,” he said. “This is a statement driven almost entirely by an economic agenda and in truth lacks clarity in terms of future control of the virus epidemic…Hopefully clarity will emerge over the next few days.”

The Scientists for Labour campaign group was also unconvinced.

“Our main concern resulting from the PM’s briefing is the lack of specificity itself—very few dates and numbers were provided and there was very little that either we or the public have to go on in terms of new information,” the group said in a statement.