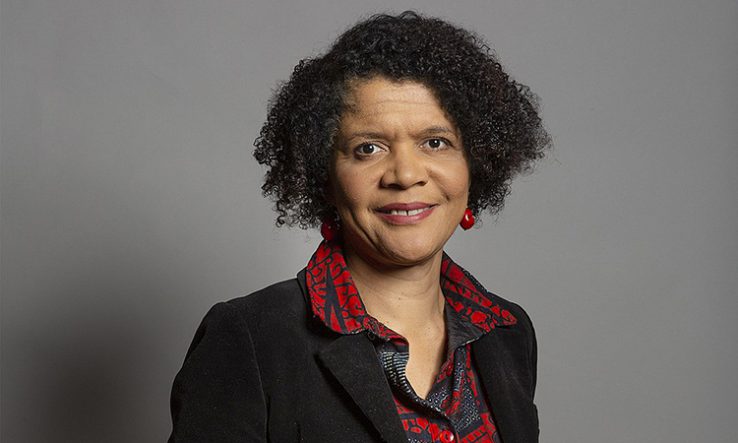 The government’s scientific advisers should be representing science, not politics, the shadow science minister has said.

Chief scientific adviser Patrick Vallance and chief medical officer Chris Whitty have been absent from the daily briefings since the news of Cummings’ cross-country journey became known, until yesterday.

“I think this is a challenge for us all in a way, because the chief scientific advisers’ salaries are paid by government,” Onwurah said during a virtual meeting on science and politics organised by the campaign group Scientists for Labour on 29 May.

However, she added: “I think scientists and the CSAs have to absolutely be representing science, not politics, on the podium.”

Asked about Cummings’ alleged breach of lockdown, Onwurah said he “clearly broke the spirit of the public health advice which followed the science”.

“The fact that Boris Johnson appears to choose his aide over scientific advice, the rest of the country, the NHS and logic…is so undermining for public confidence,” she said. “People are laughing at the way in which the prime minister is interpreting his own guidance and the reasons for doing that.”

Onwurah also warned that the recent prominence of science in the public conscience had put scientists into the “political firing line”.

As an example, she cited the comment by chair of the health and social care committee, Conservative MP Jeremy Hunt, that government decisions on Covid-19 testing in March were “one of the biggest failures of scientific advice to ministers in our lifetime”.

“I’m concerned that science and scientists are becoming political scapegoats,” said Onwurah. “Politicians are using science as a shield rather than a basis for policymaking.”

But she urged scientists not to retreat into “scientific ivory towers” and to be “open and transparent about the workings of the scientific advice that has been given”.

Meanwhile, politicians should “recognise the difference between advice and policy” and be “led by evidence-based scientific approach”, she said.

In order to have more evidence-based policy, she called for more MPs with a background and interest in science.

Reflecting on her own experience of going into politics after 20 years working as a chartered engineer, Onwruah said: “Being elected was undoubtedly the proudest moment of my life. But I did have a time of grieving on the basis that I would be leaving the scientific evidence-based world.

“But in fact,” she added, “…there are so many issues that we face—even before the pandemic—which have science at its heart.”