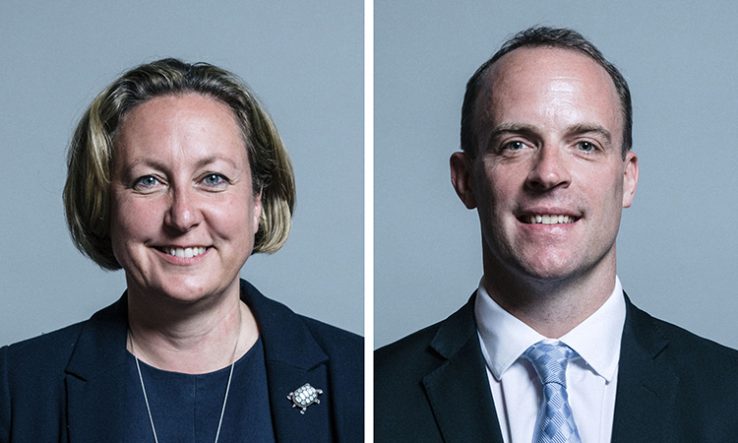 UK research institutions are preparing for big cuts to flagship grant schemes for international development research, ahead of an expected fall in the government’s overseas aid spending.

There is widespread concern over future iterations of the £1.5 billion Global Challenges Research Fund (GCRF) and the £735 million Newton Fund, both of which are financed through the UK’s aid budget. This is due to an expected fall in overseas aid spending as the economy reels from the impact of Covid-19.

The funds, whose current iterations run to 2021, are financed by the Department for Business, Energy and Industrial Strategy (BEIS) through Official Development Assistance, which is set at 0.7 per cent of gross domestic income in the UK. But with chancellor Rishi Sunak reportedly warning of a fall in GDP of up to 30 per cent, the overall aid budget is expected to fall, and departments have already been asked to identify savings.

Hisham Mehanna, director of the Institute for Global Innovation at the University of Birmingham, said concerns are “very widespread and at all levels” of higher education institutions.

Like many universities, Birmingham receives quality-related block grants (QR) through the GCRF, and Mehanna told Research Fortnight the institution is now modelling reductions in funding on a scale “we haven’t done before”.

Sarah Tupper, who oversees the University of Exeter’s portfolio of GCRF funding, said she is modelling reductions in QR from that fund of up to 50 per cent. Tupper said she is “optimistic that GCRF will continue but it might be at a much lesser scale”. She added: “I don’t think we have a complete backup plan if GCRF [was] dropped in its entirety.”

The future of competitive GCRF grant schemes administered through national funding body UK Research and Innovation is also in question. A well-placed source told Research Fortnight that some funding programmes under development for the next five-year round of the GCRF have been put on ice, with decisions about their approval delayed until the upcoming spending review in autumn. UKRI declined to comment, referring all questions for this article to BEIS.

Institutions and funders are reportedly asking researchers to find savings in existing grants. Mehanna said UKRI asked GCRF grant holders “to look at the impact of being able to reduce spending in the next year”.

Alison Phipps, a principal investigator on several large GCRF grants at the University of Glasgow, said researchers are being asked “to go back to our spreadsheets, to look at how we might spread the money”.

Phipps said UKRI has linked any direct requests to re-profile GCRF budgets to Covid-19, and that reassurances have been given that existing grants are safe and will be paid in full. Sources said some projects due to start in 2020 have been requested to delay start dates until January 2021, or been given the option of delaying until then, because of the pandemic.

Details on the future of the Newton Fund and GCRF should come at the government’s spending review, now expected in autumn. But researchers are concerned over the lack of clarity.

“The spending review date has been disappearing into the  future for a long time,” said Kevin Marsh, a member of the strategic advisory group to the GCRF and a professor of tropical medicine at the University of Oxford. “It is making it very difficult to plan.”

Phipps said: “It’s easier to know if we’ve lost something and to then deal with it than to be living under a permanent threat.”

A June report from a House of Commons subcommittee, which calls for the Newton Fund not to receive more money unless it demonstrates more impact on development goals, has stoked fears over heavy cuts—as has the sudden merger of the Department for International Development and the Foreign Office, also announced last month. DFID, headed by Anne-Marie Trevelyan (pictured, left), will merge with the FOC in September, and will be overseen by Dominic Raab (pictured, right).

Many observers see this as a sign that aid spending, a large portion of which was administered by DFID, will be realigned with the UK’s diplomatic goals.

“What is worrying about the merger is what does it portend—is it a reduction in ODA-funded research?” asked Mehanna.

Marsh said any decision to cut such research would be a political one. “The vast majority of ODA does not go on research,” he said. “It would, if there was a political will, be perfectly possible to maintain GCRF funding at the current level or even an increased level.”

Asked whether there will be a fall in the funds’ budgets, a government spokesperson said no decisions had been taken, but “aid spending is under review across all departments”.

A spokesperson for BEIS said: “The UK is committed to spending 0.7% of Gross National Income on development…No decisions have been taken and we are considering the full range of our work.”