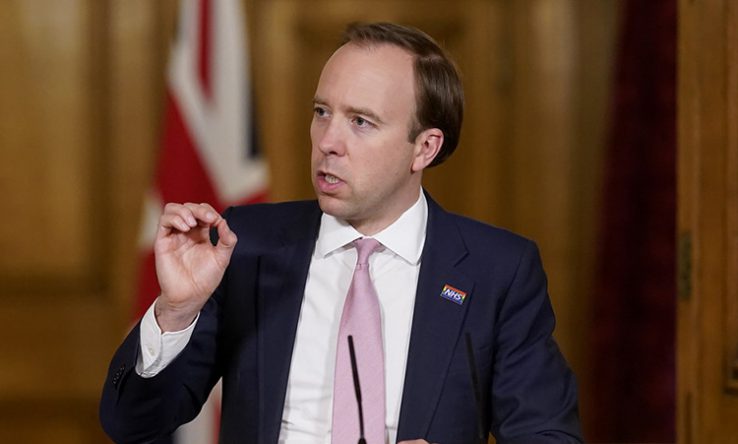 The UK health secretary has said the government is working “very hard” to ensure a Covid-19 vaccine will be available by Christmas but that he “can’t promise to play Santa”.

Matt Hancock was speaking during a House of Commons Science and Technology Select Committee hearing on coronavirus after it was announced that a vaccine being developed by a team of scientists led by Sarah Gilbert at the University of Oxford had produced a promising immune response in a large, early-stage human trial.

Asked whether a vaccine might be available in time for Christmas this year, Hancock told MPs: “I’m an optimist in life and in the best-case scenario the answer is: ‘yes’.”

However, he added, “my job is not to second guess whether we will or not. Vaccines are an uncertain science and we need to be cautious and…careful, but I’ve said before I’ll throw everything at it.

“We’ve given Sarah [Gilbert] and her team all the possible support they could have. We are working with AstraZeneca on the manufacture and have supported them as much as possible. Then there’s the roll-out which is important as well.

“So, we are working very hard on this—but I can’t promise to play Santa.”

Distribution was also “not simple” as it depends on a “cold chain” to maintain the quality of the vaccine from the point of manufacture until the point of administration, which in turn requires qualified professionals, he pointed out.

“Getting both the manufacture and the distribution and administration right is critical.”

The minister was also quizzed on the timeliness of the UK lockdown, with Labour MP Graham Stringer suggesting that “a lot of lives would have been saved” had the government acted on earlier information about the spread of the infection.

But Hancock dismissed the claim that the government was too slow to act as “categorically not true”.

“The decisions that we took responding to new scientific information were taken incredibly quickly, sometimes intraday,” he said.

Hancock added: “In my eight years in government I’ve never seen faster decision making on such big issues as happened then, translating scientific advice into government action with unbelievable urgency.”