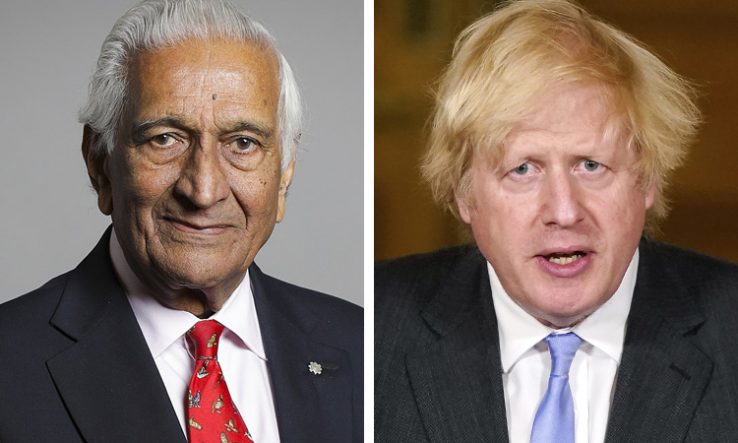 The UK government must undertake “significant preparation” over the next two months to reduce the likelihood of a second wave of Covid-19 in the winter.

This was the overarching recommendation of a letter addressed to prime minister Boris Johnson by the chair of the House of Lords Science and Technology Select Committee, Naren Patel.

In the letter, dated 23 July, the peer makes five specific recommendations based on evidence gathered on the current pandemic during the committee’s ongoing inquiry on the science of Covid-19.

First, the government should aim to reduce levels of infection as much as possible over the next two months and should set a target for the level of infection it is aiming for by the start of October, wrote Patel.

Second, the government should ensure that by the start of October testing capacity is available for people with Covid-like symptoms, as well as for regular testing of those in high-risk environments and high-exposure occupations.

“The government should decide now whether to pursue a strategy of multiplex testing and, if it decides to do so, should begin preparing for this immediately,” he said, referring to an idea for a single test for both flu and Covid-19.

The committee also recommends greater delegation to, and resources for, local public health authorities as well as greater transparency in how scientific advice is used to make policy and greater clarity on who is responsible for implementing policies.

Finally, the peers recommend that the government use a “concerted public health campaign” to show the importance of driving down infection rates before winter, focusing on the behaviours required to reduce transmission.

“The government will also need to ensure there is a public health campaign ready by October, for use in the event that there is a significant resurgence of the virus over the winter months requiring further changes in behaviour,” said Patel.

“It should be open and clear about the rationale behind the steps it is asking the public to take.”