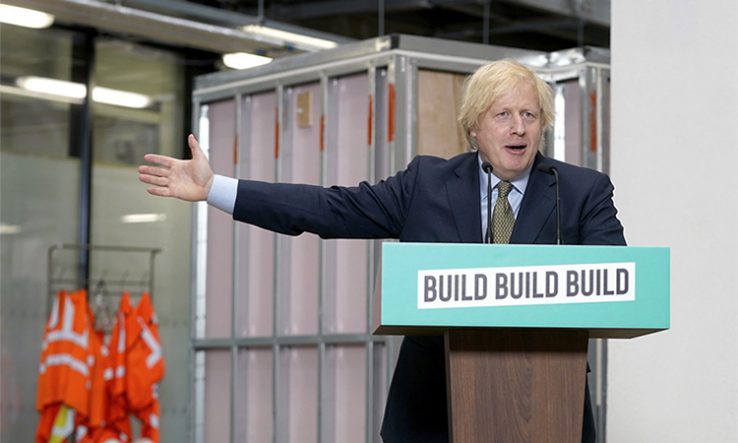 Boris Johnson has appealed for 400 academics to work in testing centres, reports say

The prime minister has written to more than 50 UK higher education institutions to request “urgent support” to staff the government’s Covid-19 testing labs, according to a report in the Mail on Sunday.

The newspaper reported that Boris Johnson had appealed for 400 “technicians, postdocs or graduate students with molecular biology experience” to work in large “lighthouse labs” in Milton Keynes, Cambridge, Manchester, Newport and Glasgow.

The government is also seeking “qualified technicians/postdocs with management experience, to join the Test and Trace Laboratory Team to help manage our overall lab capacity,” according to the paper.

Academics are reportedly being urged to sign up for six to 12 months “starting as soon as possible”, with promises to reimburse them at their current university rates.

The shortage of scientists and technicians available to deploy in testing labs has also been raised by Doris-Ann Williams, chief executive of the British In Vitro Diagnostic Association, who told the BBC Radio 4 on 14 September that “potentially there’s a lack of scientific staff, and I know they are trying to desperately recruit additional scientific staff ready to ramp up the testing capacity for the winter”.

“People came from the research background originally to support the immediate push in the spring to do Covid testing and they returned largely to their ordinary jobs,” she said. “If you move staff from one area, then you’re going to leave a deficit in another.”

The reports come after Johnson announced plans to dramatically increase testing capacity to 500,000 tests a day by the end of October to “allow life to return closer to normality” even as there are growing worries that the current capacity for tests is not sufficient.

A Department of Health and Social Care spokesperson said:

“NHS Test and Trace is working, our capacity is the highest it has ever been. Our laboratories are appropriately staffed and capacity is growing, they are processing more than a million tests a week.

“We recently announced new facilities and technology to build our testing capacity further and process results faster. As this is built, more staff will be required and recruitment is taking place.”