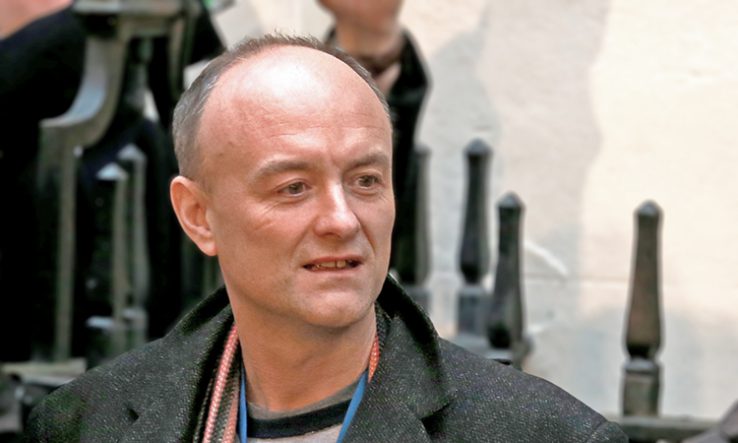 The prime minister’s former senior adviser has launched an unprecedented tirade against the UK government’s policies during the pandemic.

In a string of messages posted on Twitter between 17 and 24 May, Dominic Cummings condemned several aspects of the government’s Covid-19 response.

His comments came just days before his scheduled appearance before the House of Commons Health and Social Care Committee and Science and Technology Committee, as part of their joint inquiry on lessons learned during the pandemic.

Research Professional News looks at some of his key claims in more detail ahead of the session.

From the beginning of the pandemic, the government’s Scientific Advisory Group for Emergencies was heavily criticised for not publishing the names of members nor the minutes from its meetings about the outbreak.

According to Cummings, “one of the most fundamental and unarguable lessons” from February and March 2020 was that “secrecy contributed greatly to the catastrophe”. He claims that openness to scrutiny would have exposed government errors “weeks earlier than happened”.

Nevertheless, he claims that “looking at [Sage] minutes does not give good insight [into the] reality of discussions”.

“With something as critical as variants escaping vaccines, there is *no* justification for secrecy, public interest unarguably is *open scrutiny of the plans*.”

Cummings claims that he and the government’s chief scientific adviser, Patrick Vallance, supported the opening up of Sage to public scrutiny “much earlier than it happened”.

The former adviser adds that before the first lockdown, he had argued for the publication of the code of models produced by the Sage sub-group, the Scientific Pandemic Influenza Group on Modelling, known as Spi-M. He blamed the “SW1 cultural hostility to openness” for this not happening.

As fears continue to mount over the Indian variant of the virus, Cummings is calling on the government to publish more detail on how Covid-19 variants can be tackled by vaccines.

“The best hedge re a variant escaping current vaccines is PUBLIC SCRUTINY of Gvt plans,” he tweeted. “This will hopefully show it’s been taken seriously. If not, better learn now that the Gvt has screwed up again than when ‘variant escapes’ news breaks.”

Cummings also repeats claims that the government planned to let coronavirus spread through the UK to build up “herd immunity” by September 2020.

He writes: “Herd immunity wasn’t ‘a secret strategy’, it was THE OFFICIAL PUBLIC EXPLAINED ON TV/RADIO STRATEGY!”

He also takes aim at the media, who he said “parroted” health secretary Matt Hancock’s line that “herd immunity wasn’t the plan” despite herd immunity being “the official plan in all docs/graphs/meetings until it was ditched”.

Government ministers have denied this was ever a strategy.

Cummings describes No 10’s denial of the plan as “foolish” and “appalling ethics”.

He says: “The right line wd have been what [the] PM knows is true: our original plan was wrong & we changed when we realised.”

Cummings is also critical of the government’s mass-testing programme, which took many months last year to build up capacity.

He says that if mass testing had been developed properly earlier in the year, the UK would “probably have avoided” the second and third lockdowns while awaiting the vaccine.

On the public inquiry

Regarding the upcoming public inquiry into the government’s handling of the pandemic, slated for spring 2022, Cummings said the point of the inquiry is “the opposite of learning, it is to delay scrutiny, preserve the broken system and distract [the] public from real Qs, leaving the parties & senior civil service essentially untouched”.

He adds: “The public inquiry will at no point ask: how does the deep institutional wiring of the parties/civil service program[me] destructive behaviour by putting the wrong ppl in wrong jobs with destructive incentives? It will all be about relatively surface errors.”

According to Cummings, some advisers “argued for immediate Human Challenge Trials” on vaccines.

He argues that if the trials had been done sooner, the vaccine rollout could have begun as early as summer 2020, instead of December.

“We were *far* too slow to listen to such advice. The science ‘misfits’ who urged this early were clearly right, the ‘ethicists’ disastrously wrong.”

However, Cummings adds that his comments were not a criticism of the Vaccine Taskforce, which had been “constrained” in ways it should not have been.

Research Professional News has approached the Cabinet Office and No 10 for comment.