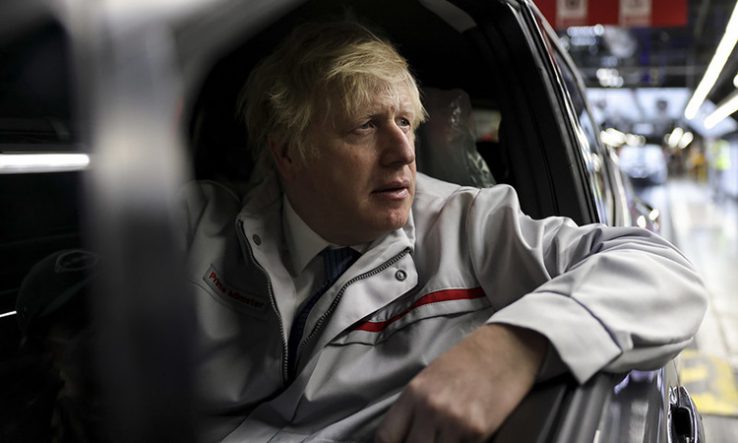 UK prime minister Boris Johnson has yet to prove his commitment to R&D after two years in office, policy experts have said, as they set their sights on the upcoming spending review for answers.

Since first coming to power on 24 July 2019, Johnson and the two governments he has led have made several commitments to boosting R&D, notably the aim to increase public R&D spending to £22 billion a year by 2024-25, as part of a long-term commitment to increase overall R&D spend to 2.4 per cent of GDP by 2027.

In the past year, announcements regarding how the government plans to meet these ambitious targets have come thick and fast, with the recent announcement of a new Office for Science and Technology Strategy at No 10, and this week’s publication of the R&D People and Culture and Innovation Strategies.

Other R&D highlights include a bill to create the £800m Advanced Research and Invention Agency, and initial funding for UK association to the European Union’s €95.5bn programme, Horizon Europe.

The government has also launched a consultation on plans to approve the use of gene editing to modify crops and livestock in England and made available millions in funding for vaccine development during the pandemic.

At the same time, the past year has seen a drop in Official Development Assistance due to the pandemic, leading to millions of cuts to aid-funded research. Meanwhile, the UK’s national R&D funder, UK Research and Innovation—which suffered the brunt of the aid cuts—saw a 6.3 per cent drop of £539m to its 2021-22 budget.

The pledge to double funding for dementia research to £160m a year is yet to be delivered, and the plea from medical research charities to help them with a £310m fund to offset Covid-caused losses has gone unheeded.

And the government has annoyed some of the leading learned societies with the threat of raising rents at their bases in Burlington House in London.

“While its attention is focused on these new endeavours,” said Sandra Knapp, president of the Linnean Society of London, “the government has simultaneously acted to put the future of some of the UK’s world-leading scientific organisations at risk. Having set unaffordable rent rises for the charities at Burlington House, an internationally recognised hub of discovery and scientific interaction in the UK, the government is needlessly putting hundreds of years of scientific work and integration at risk.”

Kieron Flanagan, a senior lecturer in science and technology policy at the University of Manchester, said there were still many unanswered questions regarding the government’s commitment to boosting R&D.

“We are still none the wiser about how levelling up is going to happen, what the role of research in that is envisaged to be, and what the route to £22bn a year R&D spend looks like,” he told Research Professional News.

More details on how the government plans to use R&D to level up are expected to be set out in the Department for Business, Energy and Industrial Strategy’s upcoming R&D Place Strategy and its Levelling Up White Paper—both expected later this year.

Also, despite the government’s Aria bill reaching the second reading stage in the House of Lords, Flanagan says there is still “very little [detail] about what it will do, given they are essentially leaving it entirely up to the people they hire”.

Meanwhile, Flanagan pointed out that the government has yet to publish its response to the Augar Review into post-18 education, which recommended that tuition fees should be cut from £9,250 to £7,500 per year.

If accepted, these recommendations could have “massive implications on the UK research base”, which is subsidised by tuition fees, he said.

The government published its interim response to the review in January, with a full response set to be released alongside the spending review in the autumn.

Although the government has set aside money for the first year of UK association to Horizon Europe, Flanagan pointed out there is still uncertainty over how this will be paid for in the long term.

‘Real damage’ to the sector

Neil Hall, director of the Earlham Institute, a life sciences institute, told Research Professional News the “short-term thinking behind the ODA cuts” had caused “real damage to the research sector”.

He also criticised what he described as an “inconsistent approach to pandemic policy development and adherence”, as well as a blinkered view of the life sciences as being synonymous with only medical science and pharmaceuticals”.

He added that the implementation of the Life Science and Innovation strategies, the upcoming spending review, as well as the opportunity to modernise regulations on gene editing “will all test his [Johnson’s] commitment to UK science and the people who work to make it world-leading”.

Not all is negative, with total public R&D spend officially rising for the past two years, and Johnson consistently committing to raising it further.

And the various science roadmaps and strategies have started to trickle out, despite the government’s busy time trying to tackle an unprecedent pandemic.

Rosalind Lowe, head of policy and engagement at the National Centre for Universities and Business, told Research Professional News that the government’s Innovation Strategy, which was published on 22 July, was a “further indication of the prime minister’s clear commitment to a healthier, more prosperous and innovative nation”.

While Felicity Burch, director of innovation at the Confederation of British Industry, said she was “pleased to see the scale of ambition and the focus on unleashing business innovation, adoption and investment” in the strategy.

But both said the upcoming spending review would be crucial, with Burch describing it as a “litmus test” for the government’s plans for innovation.

“To transition these targets into reality, the review will need to be ambitious in its funding for innovation and set out the three-year trajectory to reach the government’s own investment commitments,” she said.

Boris Johnson’s continued championing of science in his speeches and his photo-friendly appearances in labs make it hard to fault him on ambition and enthusiasm, but two years in, many in the sector are still waiting for clearer and more comprehensive delivery.

A government spokesperson said: “Our commitment to maintaining the UK’s position as a science superpower is unwavering, demonstrated by our pledge to invest £14.9 billion in research and development in this financial year—the highest level in four decades.

“Already this year we have announced the new science and research funding agency Aria and our Innovation Strategy […] puts the UK at the front of the global innovation race and sets out our long-term vision, placing innovation at the heart of building back better.”