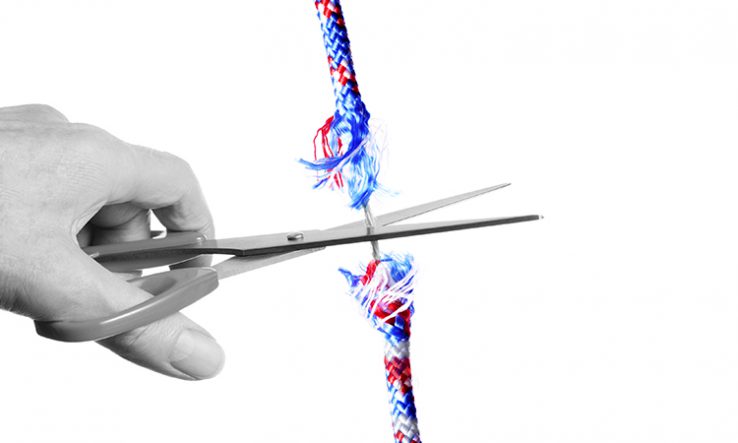 The UK government has announced it is suspending publicly funded research and innovation collaborations with Russian universities and companies that are of strategic benefit to the Russian state.

The aim of the new measures, announced a month after the business department started a “rapid” review of its R&D ties with Russia, is to “negatively impact the Russian state, and individuals and organisations with strong links to the Kremlin, but not to sanction individual Russian scientists or innovators with benign research interests”.

“The appalling invasion demands that we all take a stand and show our solidarity and support for Ukraine,” said science minister George Freeman.

He said the measures are “directed towards Putin’s regime, not at individual Russian researchers and students, whom in many cases may oppose the actions of the Kremlin”.

They include pausing “all payments for projects delivered through UK public research funds with a Russian dimension”, stopping the funding of “any new collaborative projects with Russia through our research and innovation organisations”, and suspending existing inter-government dialogue through the UK science and innovation network team in Russia.

“Where the UK is a member of multilateral organisations,” Freeman said, “we are working at pace with partners to respond appropriately—holding Russia to account for its actions while diminishing and isolating its influence.”

Freeman also said he has commissioned “an assessment, on top of the existing and strong due diligence processes of UK public research funders, to isolate and freeze activities which benefit the Russian regime”.

Finally, he announced a £3 million package of support for Ukrainian researchers at risk.

Freeman added: “We will always support science where it is working to further international knowledge and discovery, and to find solutions with global benefit, but it is only right that we take a stand against the Kremlin’s illegal invasion of Ukraine and the deplorable Putin regime.”

Meanwhile, the minister for higher and further education, Michelle Donelan, has asked universities that have not yet done so to “review any financial or academic research ties with Russia given the horrors the Kremlin is inflicting on the Ukrainian people”.

“All universities should always carefully consider awarding honorary degrees, and we specially expect those awarded to sanctioned Russian individuals to be quickly revoked to demonstrate that we stand united with Ukraine,” she said.