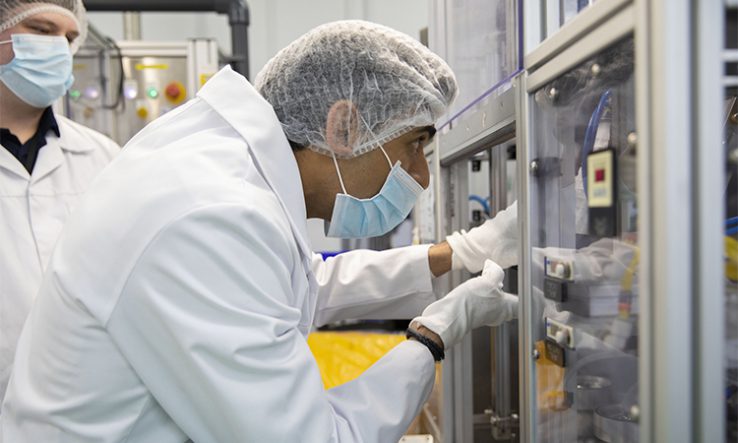 Conservative leadership contender Rishi Sunak has come under fire for claiming it was a mistake to “empower scientists” during the Covid-19 pandemic—sparking outrage from academics.

According to the former chancellor, the Scientific Advisory Group for Emergencies—which provided the government with scientific advice during the pandemic—had too much influence on decision-making.

He added that Sage had also failed to acknowledge the “trade-offs” of imposing Covid restrictions, such as children missing school, cancelled appointments and growing NHS waiting lists.

“We shouldn’t have empowered the scientists in the way we did,” he told The Spectator magazine. “And you have to acknowledge trade-offs from the beginning. If we’d done all of that, we could be in a very different place.”

Asked how things could have been different, Sunak said: “We’d probably have made different decisions on things like schools, for example.”

However, he claimed that his concerns were ignored in No.10 meetings when ministers were briefed on the matter. “Those meetings were literally me around that table, just fighting. It was incredibly uncomfortable every single time,” he recalled.

In the interview, Sunak also revealed he had instructed someone from the Treasury to sit in on Sage meetings, who told him that dissenting voices were being edited out of Sage minutes.

The ex-chancellor’s comments have been met with outrage from scientists.

Deepti Gurdasani, a clinical epidemiologist at Queen Mary University of London, told Research Professional News that she thought the statement was hypocritical and “stunning, given the government continuously ignoring scientists has led to more than 200,000 deaths involving Covid-19, and 1.8 million people with long Covid”.

“The government consistently ignored their own advisers at huge cost—to say that scientists had too much power is gaslighting the bereaved, the scientific community, and everyone impacted,” she said.

Gurdasani added: “Sunak himself intervened in September 2021 when Sage advised a circuit breaker, which would have saved lives.”

The comments have been also widely condemned by several prominent experts on Twitter.

Devi Sridhar, a professor and chair of global public health at the University of Edinburgh, tweeted that the comments were a “blatant attack on scientists today”.

Irish scientist and writer David Robert Grimes, who won the 2014 Maddox Prize for standing up for science in the face of adversity, tweeted: “Appalling comment by Sunak, falsely claiming scientists controlled *his* government during Covid. In reality, *his* government sought scientific expertise they were free to ignore, and often did. The Tory leadership race to the bottom continues apace.”

A government science adviser who wished to remain anonymous, said: “Rishi’s comments are very misleading as they suggest that he was alone in thinking about the wider impact of lockdown on schools and other social impacts.”

The adviser said Sage’s subgroup on behaviour “did spend much time researching and discussing these impacts. There was even a special sub-group set up to look into the issues around children and impacts of school closures and it published papers” on the matter.

“So,” they added, “if the former chancellor was arguing against school closures he would have found plenty of evidence to support his case from the very group of scientists he now appears to be criticising.”

John Edmunds, professor at the London School of Hygiene and Tropical Medicine, and a member of Sage, said Sage’s “role was quite narrow: to review and assess the scientific evidence to help inform the decision-makers. It did not consider the economic aspects—it was not asked to do so and was not constituted to do so”.

If there was need for better economic data and evidence, “as the chancellor of the exchequer Mr Sunak could have set up such a system, but did not”.

“Where, for instance, was the equivalent of Sage and all its subgroups on the economic side?” he asked. “Was there an army of economists in universities and research institutes across the country working night and day to collect, sift, analyse and project the possible impact of different policies? And if not, why not?”

Graham Medley, professor at the London School of Hygiene and Tropical Medicine, said the government had the power, “so if one member of cabinet thinks that scientific advice was too ‘empowered’ then it is a criticism of their colleagues rather than the scientists”.

“The Sage meetings were about the science, not the policy options,” he added. “Science has no place in the decision whether to close schools or not, but it does have a role to say what the impact on the epidemic might be.”

‘Legitimate debate to be had’

John Womersley, a special adviser at the University of Edinburgh, and a former chief executive of the Science and Technology Facilities Council, said: “I’m sure Sunak’s comments will play well with a certain section of the Conservative base—and also with some parts of the scientific community who will delight in taking offence.

“This is a shame really, as there’s a legitimate debate to be had about whether decision-making in the pandemic was sufficiently interdisciplinary and holistic.”

A No 10 spokesperson told Research Professional News: “Every life lost to the virus was a tragedy and our thoughts remain with the families, friends and those who lost a loved one.

“Throughout the pandemic, public health, education, and the economy were central to the difficult decisions made on Covid restrictions to protect the British public from an unprecedented novel virus. At every point, ministers made collective decisions which considered a wide range of expert advice available at the time in order to protect public health.

“The UK government spent over £400 billion to support people, families, and their livelihoods throughout our response to the pandemic, which included the fastest lifesaving vaccine rollout in Europe.”