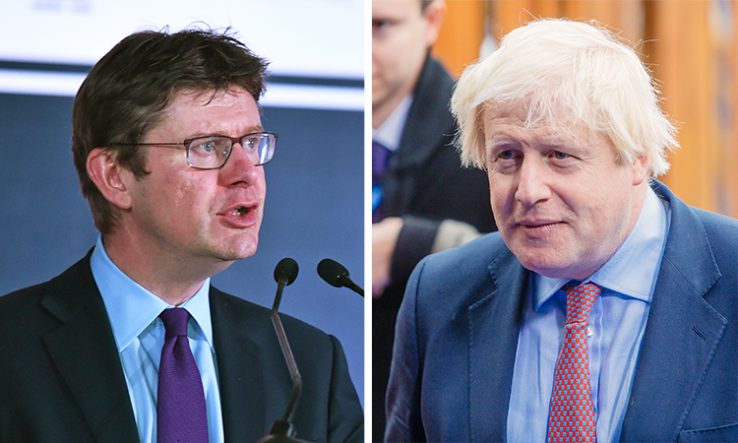 The government should be more transparent about the scientific advice it receives on coronavirus and how that feeds into policy decisions, according to a letter from MPs to UK prime minister Boris Johnson (pictured, right).

A “number of concerns” have been raised over the transparency of the scientific advice and its relationship to government decisions, says the 19 May letter from Greg Clark (pictured left), chair of the House of Commons Science and Technology Committee.

The letter contains “lessons learnt so far” based on the committee’s ongoing inquiry into UK Science, Research and Technology Capability and Influence in Global Disease Outbreaks.

In particular, the MPs note concern over the transparency of membership of the government’s Scientific Advisory Group on Emergencies.

And while they welcomed the publication of some papers used to inform Sage meetings, they also noted that most—92 out of 120—have still not been published.

The MPs also called for a better distinction between scientific advice and policy.

The letter makes a series of recommendations aimed at increasing transparency, including regularly updating the list of Sage participants and stating how many meetings they attended.

Government should also disclose the disciplines of Sage participants who are not publicly named and publish “promptly” the papers on which Sage draws for its advice after each relevant meeting, the MPs suggested.

In addition, they recommended that the government should publish “now and regularly a summary of the scientific advice which has informed government decisions”.

Elsewhere in the letter, the committee finds that the UK’s testing capacity has been “inadequate for most of the pandemic so far”.

“Capacity was not increased early enough or boldly enough,” the committee said. “Capacity drove strategy, rather than strategy driving capacity.”

According to the MPs, the decision to pursue an approach of initially concentrating testing in a limited number of laboratories and to expand them gradually is “one of the most consequential made during the crisis”.

Moreover, the committee found that the failure of Public Health England to publish evidence on which its testing policy was based on is “unacceptable for a decision that may have had such significant consequences”.

It urged the government to publish the assessment of other countries’ testing models on which its decision was based “without delay”.

“We hope the government will act on these recommendations which are offered in a constructive spirit based on the evidence we have taken so far,” said Clark.

“The government should follow the best traditions of science in being transparent about the evidence and advice on which it makes decisions, and by being willing to continually learn from evidence and experience and not being afraid to adjust its approach in response.”