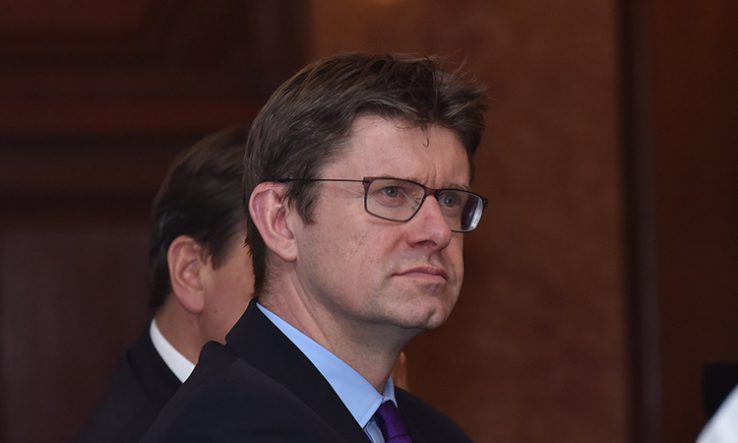 An influential group of MPs has criticised the government’s lack of transparency in the early stages of the pandemic and said there is still insufficient visibility of the science advice that ministers receive on coronavirus.

“It is disappointing that the details of the Science Advisory Group for Emergencies’ preliminary meetings were not made public for over two months, leading to unnecessary concern and confusion over what advice the government had been receiving,” said the committee, chaired by Conservative MP Greg Clark.

“Indeed, were it not for our early enquiries, this confusion may have continued until the details of Sage’s initial meetings were published at the end of May. We note that Sage has yet to publish any papers that might have been considered in its first two meetings.”

‘There is nothing to fear from openness’

“Sage began with too little transparency and has improved by publishing its membership, minutes and papers,” said Clark.

The committee is now calling for “similar openness” to be applied to new bodies, such as the Joint Biosecurity Centre, which was set up by the government in summer 2020 to coordinate the government’s response to the crisis and which has faced similar criticisms over its secrecy.

“There is nothing to fear from openness,” said Clark. “The more transparent data, analysis and conclusions drawn are, the better it is for policymaking and for public confidence.”

The committee also called for more openness regarding the non-scientific advice provided to government, such as the impacts of the pandemic on livelihoods and educational progress, which it says is “markedly less visible”.

“The government should disclose the assessment it makes of the impact of measures it is considering on livelihoods, education and wellbeing as it now does with epidemiological analysis,” said Clark. “This will be especially important when ministers eventually weigh choices of when it is appropriate to begin to lift the current restrictions.”

In addition, the MPs raised concerns over the long-term resilience of the government’s scientific advisory structures.

“Sage has been activated for the longest continual period since its inception, which brings to question how sustainably the group can maintain its current level of high activity,” the report said.

The length of the pandemic has placed “exceptional demands on the people contributing their expertise and on the structures, which were designed for shorter-term emergencies”, they said, calling for “the resilience of the arrangements for longer-term operation”.

It also criticises the dearth of Covid data in the early stages of the pandemic, which it says limited knowledge of the spread and prevalence of the virus at a crucial time.

“The early shortage of testing capacity—restricting testing only to those so ill that they were admitted to hospital—had the consequence of limiting knowledge of the whereabouts of Covid-19,” the report said.

“The ONS Infection Survey did not begin until May, and the fragmentation of data across public organisations has impeded the agility and precision of the response.”

MPs said that the fragmentation of data across different public bodies needs to be resolved to allow the most effective response to the pandemic.

Looking ahead, Clark said the committee would set out further considerations on specific areas including the test and trace system, and vaccine development and roll out.

“But,” he added, “at this stage we record our gratitude for the dedication of the UK scientists who have helped guide the country through the first stages of the pandemic, and those here and around the world who have provided the means—through vaccines—of giving mass protection from the virus more quickly than in any previous pandemic.”