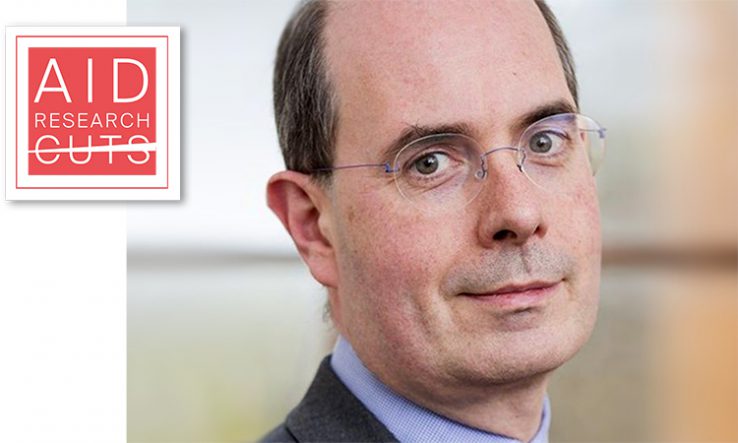 The former chair of UK Research and Innovation, John Kingman, has said that the Oxford-AstraZeneca vaccine would not have been developed without research funded by international aid.

He was referring to the work of University of Oxford professor who led the development of the Covid-19 vaccine, Sarah Gilbert, while talking to MPs on the House of Commons Science and Technology Committee on 20 October.

“Sarah Gilbert’s work on the Oxford vaccine built on years of work that had been funded, actually, under the overseas aid budget, because it was thought to be relevant to viruses that might develop in the developing world,” Kingman said.

“We would not have the Oxford vaccine were it not for that funding stream,” he added.

In March, deep cuts to research funded through the UK’s aid budget were revealed, following the government’s decision to reduce the proportion of Official Development Assistance (ODA) funding from its target of 0.7 per cent of gross national income to 0.5 per cent.

With hundreds of projects having had their 2021-22 budgets slashed, many researchers are hoping there will be some reprieve in next week’s spending review although few expect spending to return to former levels.

Kingman’s comments contrast with those of the prime minister, who recently told the Conservative Party conference that it was the private sector that made the Oxford-AstraZeneca vaccine possible. “Behind those vaccines are companies and shareholders, and yes, bankers,” Boris Johnson said.

In 2015, Gilbert and her colleagues were funded with ODA money by the Medical Research Council and the Department of Health to develop a vaccine for Middle East Respiratory Syndrome—work that the Oxford team built on to develop its Covid-19 vaccine.