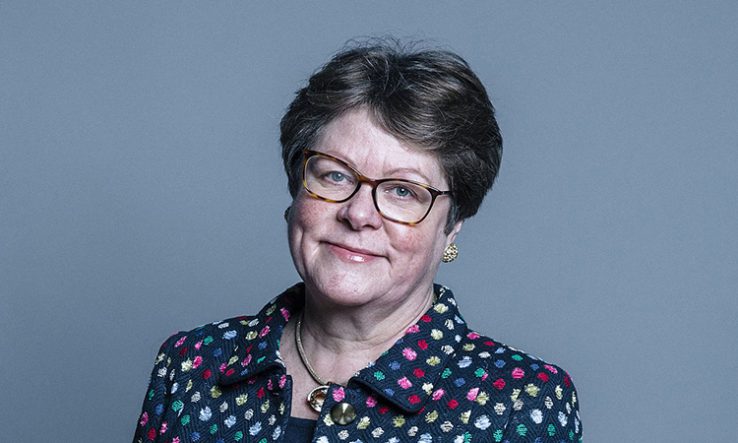 Peers have called on the next UK prime minister to provide a clear science and technology delivery plan, as they warned that “unclear targets” and “poor communication” could jeopardise the government’s R&D ambitions.

In a strongly worded report published on 4 August, the House of Lords Science and Technology Committee say that the government’s oft-repeated desire to become a “science and tech superpower” could become an “empty slogan” without a “laser focus on implementation”.

UK R&D “has been undermined by frequent policy changes, with strategies that are supposed to be long-term being abandoned after a few years”, the report asserts.

“UK science and technology remains strong and respected around the world, but they will not deliver their full potential for the UK with an inconsistent and unclear science policy from government,” said the committee’s chair, Julia King.

“A new administration must retain the ambition for science and technology, and develop a clear plan for delivery.”

The report follows the committee’s five-month inquiry into the government’s plans to deliver a UK science and technology strategy, and coincides with a heated Conservative leadership contest.

Foreign secretary Liz Truss and ex-chancellor Rishi Sunak are currently bidding to replace Boris Johnson as prime minister after the pair emerged in second and first place respectively in the final ballot of Conservative MPs. However, their speeches have largely glossed over R&D and higher education, with taxation and public spending taking centre stage.

In the report, the peers note a number of positive R&D developments, including the government’s headline target to increase the proportion of GDP spent on R&D to 2.4 per cent by 2027, and to make the UK a “science and technology superpower” by 2030.

However, despite “welcome steps and laudable rhetoric”, they express concern that the government is not on course to meet its ambitions, and that there are “few clear, measurable outcomes that it wants this funding to achieve”.

Specifically, the peers say that the government has “not identified the areas of science and technology that it wants the country to specialise in, nor has it been clear about how specific its priorities will be”.

Similarly, they add that there is “little sense” of how the profusion of sectoral strategies in areas such as life sciences and artificial intelligence fit into an “overall plan”.

“Science policy has been far from perfect,” King said. “We found a plethora of strategies in different areas with little follow-through and less linking them together.

“There are numerous bodies and organisations with unclear or apparently overlapping responsibilities, and more are being added,” she continued. “It is often unclear who is accountable for individual policies, and critically, for delivery.”

However, the peers say it is still unclear as to how they will “fulfil their potential”, pointing out that the NSTC has only met three times since it was established in July 2021, while the OSTS “has yet to publish any substantive documents or reveal what it intends to do”.

“There’s a danger that the UK may become a bureaucracy superpower instead of a science superpower,” said another committee member, peer John Krebs, adding that there’s a need for “less bureaucracy and more action”.

The future prime minister should “make it a priority” to chair regular meetings of the NSTC, the peers urge.

The peers also call for the urgent appointment of a science minister, which “should be a cabinet-level position”. The post has been empty since George Freeman resigned on 7 July, and it has most recently been a junior ministerial position.

Other areas of concern mentioned in the report include the government’s “incoherent” international science policy.

They add that the UK’s failure to associate to the EU’s R&D programme, Horizon Europe, risks “harming the UK’s reputation further and jeopardising the quality of its science base”.

“The UK cannot be a science superpower in isolation; relationships must be repaired,” said King.

A government spokesperson told Research Professional News: “We are fully committed to cementing the UK’s position as a science superpower, and this is backed up by record levels of investment.

“The UK still wants to associate to EU programmes and continue to work with our European partners. If the EU’s delays mean the UK is unable to associate to Horizon, Euratom and Copernicus soon, we are committed to introducing a comprehensive alternative programme of international science, research and innovation collaborations.”