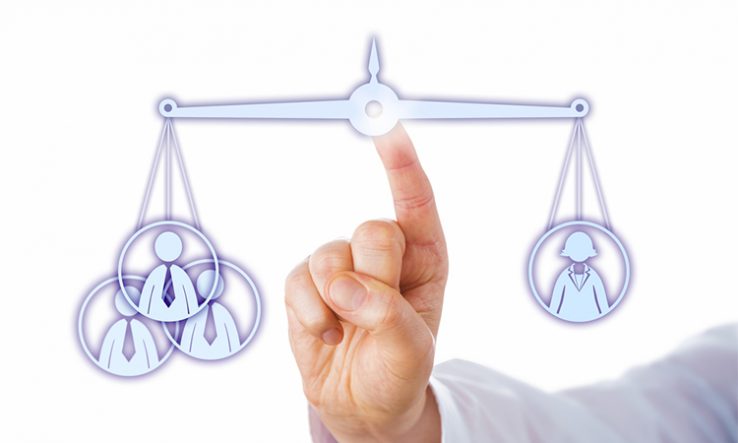 Sage and its subgroups are populated largely be male science advisers, analysis reveals

Scientists advising the government on Covid-19 through its official advisory bodies are largely men, a Research Professional News analysis has revealed.

The list of Scientific Advisory Group for Emergencies (Sage) participants and related subgroups, which was last updated on 4 November, shows that of the 198 advisers named, only about a third are women. 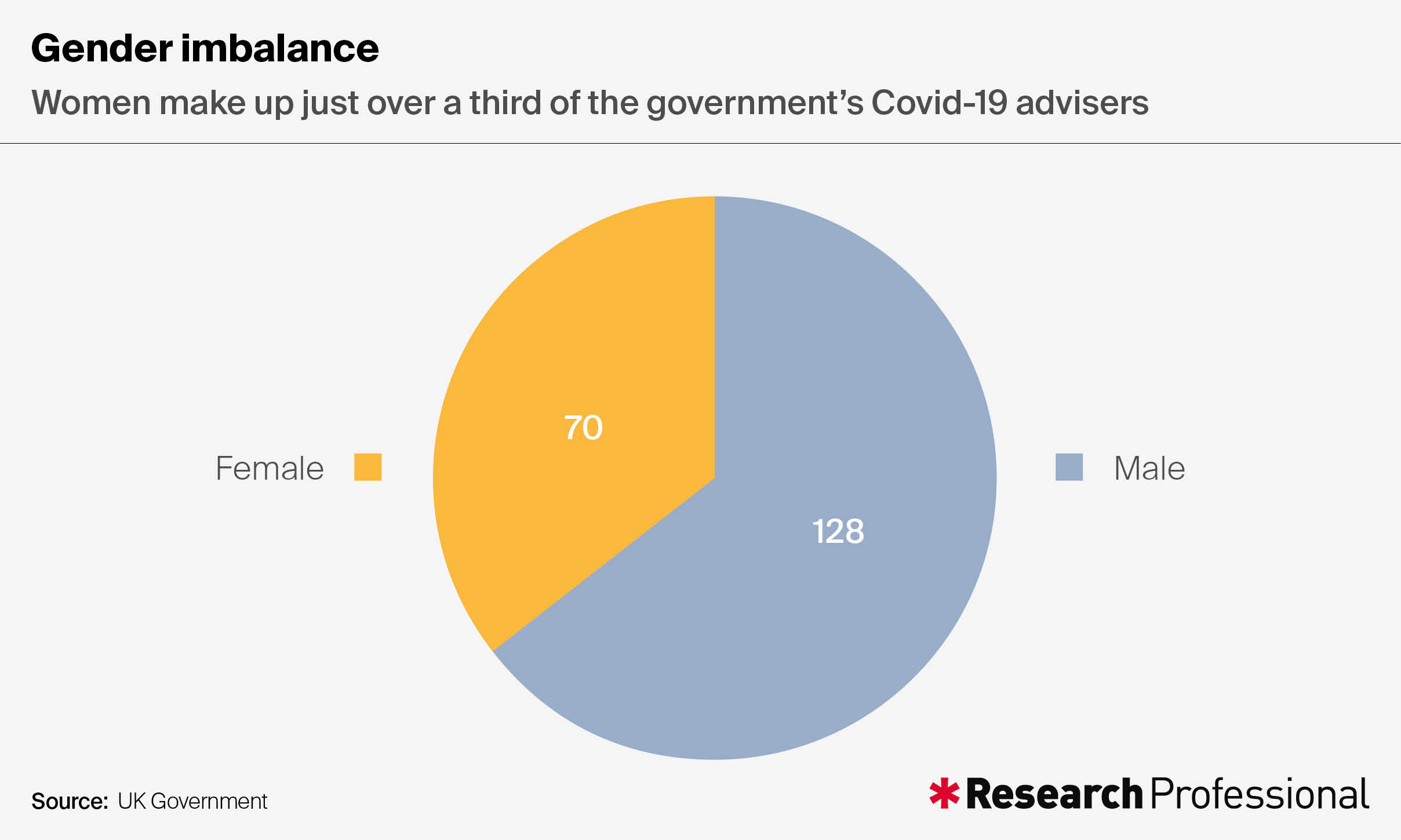 Ruth Blanco, communications director for Wise, the campaign for greater gender balance in science, technology, engineering and mathematics, told Research Professional News that the government should be doing better.

“There is plenty of evidence to prove that diversity of thought fuels innovation, which is why inclusion is more important than ever,” Blanco said. “Everyone, government included, needs to continue to seize the opportunity to build greater inclusion and draw on the talents of everyone in society—both men and women—in bringing our unique and diverse contributions to the issues we face today.”

Blanco pointed out that women in science-professional roles in the UK in general were “within touching distance of 50 per cent representation”, adding that this showed it was possible to “create and nurture a culture where women are encouraged and supported to play their full part”.

A Government Office for Science spokesperson said that the gender imbalance reflected the wider situation at the top levels of UK academia.

“Sage and its subgroups draw their participants from the leaders in their fields, who tend to be from more senior levels where we know there are some gender imbalances,” they told Research Professional News.

But the spokesperson added: “We are committed to diversity and inclusion, and continue to explore ways we can further improve the diversity of those who provide science advice to government.”

For example, they pointed out that the number of women at senior levels represented at Sage was increasing such that the deputy chief scientific adviser and about half of the chairs of Sage subgroups were women. 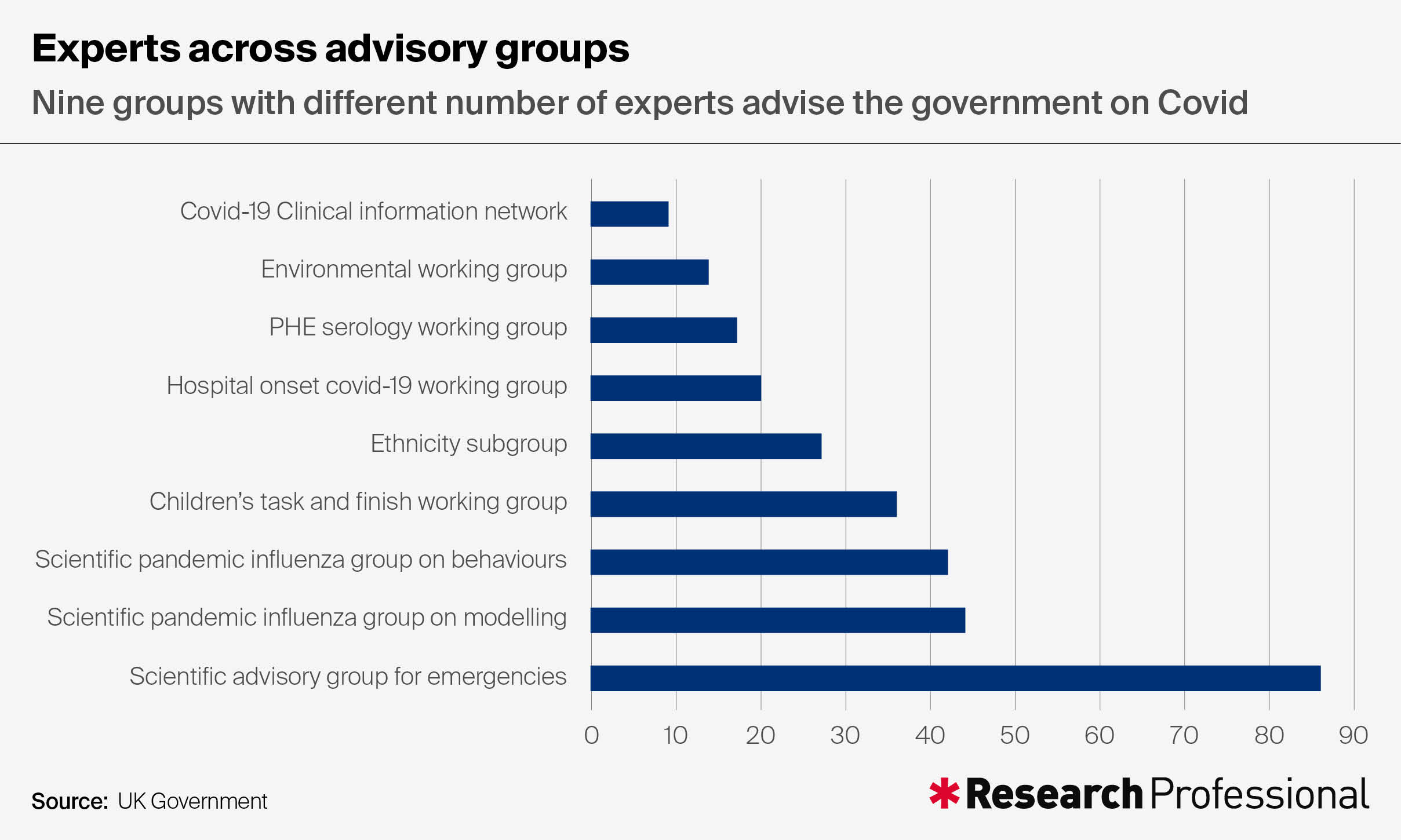