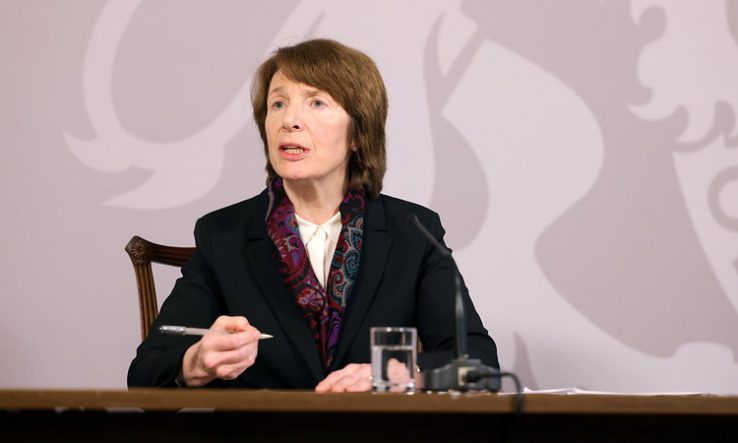 UK officials have been on a charm offensive to assure the British public that the first Covid-19 vaccine to be approved for emergency use in the country is safe, despite its unusually speedy approval by the medicines regulator.

On 2 December, the Medical and Healthcare Products Regulatory Agency (MHRA) issued a temporary authorisation for the supply and use of individual batches of the Covid-19 vaccine, BNT162b2, developed by the Germany-based company BioNTech and US-based company Pfizer. It was the first regulator to approve the vaccine, with other major health regulators such as the US Food and Drug Administration and European Medicines Agency (EMA) still assessing the data.

The UK approval was met with a cautious welcome from scientists given the urgent need for a vaccine, the sped-up approval process and the novel nature of the specific vaccine, which uses mRNA technology. Experts highlighted the various logistical challenges that remain in transporting and deploying the vaccine, which is produced overseas and generally has to be stored at temperatures of around minus 70 degrees Celsius.

Health secretary Matt Hancock offered to be vaccinated live on TV to encourage people to take the vaccine. He claimed the speedy approval was possible thanks to Brexit but was later contradicted by MHRA’s chief executive, June Raine (pictured), who said the approval was done within European Union law.

A day later, the government’s deputy chief medical adviser, Jonathan Van-Tam, told media he was advising his elderly mother to get the vaccine. “I genuinely have said to my 78-year-old mum, who’s probably listening now, ‘Mum, you must have this vaccine, or any of the vaccines the MHRA approves, as soon as they are available. This is really important, because you are so at risk’,” he said.

The push for public acceptance of the vaccine comes as questions have been raised about whether the MHRA rushed its approval. Representatives of both the agency and Pfizer denied the approval was rushed, as did Van-Tam, saying the MHRA has been looking at the data on the vaccine on an ongoing basis for a long time.

“We are the first to approve it because we’ve been really, really organised about this from the word go,” Van-Tam said. “And the MHRA, our regulator, has just been superb in this space and taken unprecedented steps to see data early, and that’s why we are where we are.”

Raine told a Downing Street press conference that no “corners have been cut, none at all”.

“The safety of the public will always come first,” she said. “This recommendation has only been given by the MHRA following the most rigorous scientific assessment of every piece of data so that it meets the required strict standards of safety, of effectiveness, and of quality.”

The questions about the approval process followed a statement by the EMA, in which the EU agency said that—unlike the UK, which issued a temporary authorisation—it was looking to issue a longer-term marketing authorisation that requires more checks.

EMA is considering an application for a conditional marketing authorisation for the vaccine, which it says needs “extensive data submitted by companies to demonstrate the quality of a vaccine, how well it works and its safety”.

America’s top immunologist, Anthony Fauci, also raised questions about the speed of UK approval. “If you go quickly and you do it superficially, people are not going to want to get vaccinated,” he told US media. “We have the gold standard of a regulatory approach with the FDA. The UK did not do it as carefully. They got a couple of days ahead. I don’t think that makes much difference.”

But Stephen Evans, professor of pharmacoepidemiology at the London School of Hygiene & Tropical Medicine, said “it is possible he has overstated concerns about the UK assessment process for the Pfizer/BioNTech vaccine”.

“In my judgement, the assessment of this new vaccine will have been done more rigorously than a routine assessment in a non-pandemic situation,” he said. “There is a spotlight on this whole process, and if it were to be the case that a problem appears with the vaccine that had been missed by the MHRA and its advisers, then their reputation would be damaged very severely, so the incentive to get it right is very high. It is easy to say the speed means not careful, but it is also possible to understand other reasons for the speed than lack of care.”

Beyond the immediate questions on vaccine approval, differences have emerged between science advisers and ministers on what the vaccination will mean in the medium-term, in terms of life going back to normal.

Van-Tam suggested at the press conference on 2 December that mask-wearing and using hand sanitiser “will perhaps persist for many years”, while prime minister Boris Johnson said that “maybe, on the other hand, we may want to get back to life as pretty much as close to normal”.