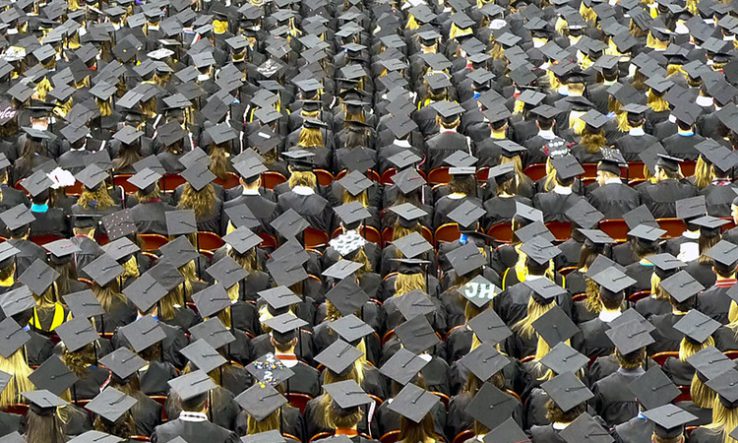 Doctoral students funded by UK Research and Innovation have reacted furiously after the funder advised them to adjust their projects so they can complete them on time despite delays caused by the Covid-19 pandemic.

UKRI said on 11 November that it was “strongly advising” all funded students to speak to their supervisors about adjusting projects to complete their PhDs within their funded period if they had not already.

The funder said it would also make an additional £19 million available, but only to support doctoral students who found it “most difficult to adjust their project and training plan”. This includes final-year students and those with support needs, such as disabled students or people with caring responsibilities. UKRI said that 92 per cent of final-year students had already requested an extension, at an average of 4.6 months.

But many in the student community have found this support to be too limited. Hillary Gyebi-Ababio, vice-president for higher education at the National Union of Students, said that UKRI should be giving “certainty and stability to PhD students, who have already been at the sharp edge of many of the impacts of Covid-19, not asking them to adjust their projects at such short notice”.

“It is quite incredible that they have decided to show no leniency in the middle of a global pandemic,” she said. “They are selling students short and they deserve better than this, including extensions to their funding periods.”

A spokesperson for Pandemic PGRs, a Twitter community for postgraduate researchers during Covid-19, told Research Professional News: “We are extremely disappointed and frustrated with the review published by UKRI yesterday and clearly this sentiment is widely held by the postgraduate community, supervisors and academic staff more broadly.”

Several PhD students who fear they will be ineligible for the extra funding have complained that it is impossible for them to adapt their project without more funding and time to complete their studies.

“I hope that UKRI will reconsider their decision,” one member of the Pandemic PGRs group wrote. “While many postgraduate students have endeavoured to adapt their projects to the pandemic and lockdown, where possible, this takes time. It took me several months to adapt my project and this is time I have lost working on my PhD project. I have also lost over four months’ worth of time in the laboratory.”

As a result, the student said they were left with “difficult choices”, including producing a substandard thesis in the remaining time, working long hours and weekends to recoup some of the time lost, or suspending or quitting their PhD altogether.

Another student complained that travel restrictions meant it was “fundamentally not possible” for them to conduct research as normal. “I was meant to be in South Africa for my main primary research starting from June,” they said. “It is now November and not only can I not go to South Africa, I am not even allowed a trip to South Yorkshire.”

Another PhD student wrote: “UKRI have had months to sort extra funding for current PhD students, and yet we are back where we were in March. Many PhD students cannot replan our research, due to the scope of the research, replanning being contingent on additional funding, or our own personal circumstances.”

The student added that marginalised PhD students, including those from working-class backgrounds and minority ethnic backgrounds, would be “disproportionately affected, and institutional inequalities in academia will be entrenched”.

“The UK will lose a generation of early career researchers,” they said. “I implore UKRI to reconsider their decision and find funding.”

UKRI already faced a huge backlash in April over its decision to only provide funding extensions to students whose PhDs are due to be complete by 31 March 2021, with other requests being considered on a case-by-case basis.

Responding to the new concerns, Rory Duncan, UKRI’s director of talent and skills, told Research Professional News that the funder recognised “the extraordinary challenges doctoral students are facing during this pandemic, the impact it is having and the frustration and anxiety it has caused and continues to cause”.

“Over the last few months we have engaged widely with students, university leaders and grant holders, including partners such as the UK Council for Graduate Education, to review our guidance,” he said. “We will continue to work with research organisations, other funders and representative bodies to support our students and will update with progress.”