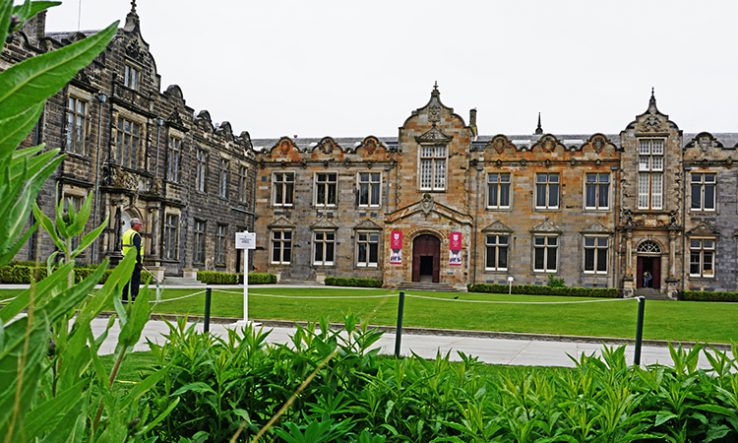 Scottish university offers students the option to withdraw, without having to pay tuition fees

The University of St Andrews’ decision to allow first-year students to quit any time before December without paying any course fees could lead to a string of similar demands at other UK universities, the House of Commons education committee has heard.

As the coronavirus pandemic continues, St Andrews has said that if students decide the university is “really not for you” and they “want to withdraw definitively from your studies…you may do so without being liable for course fees, until 1 December 2020”.

Speaking to universities minister Michelle Donelan at a meeting of the education committee on 6 October, Ian Mearns—committee member and Labour MP for Gateshead—asked what it would mean if students at other institutions demanded similar terms.

“[Is this the] finger being pulled out of the dyke, as it were, in terms of it creating a demand from students all over the country if they don’t feel their university is coming up to the mark?” Mearns said.

Donelan said she would raise the issue with her counterpart in Scotland, Richard Lochhead, and that the Department for Education was also “monitoring the situation” in England.

Speaking earlier in the session about the possibility of the government mandating tuition fee refunds for students, the minister said it was down to individual universities to take such decisions. Fees in England are currently capped at £9,250 a year.

“The government only sets maximum fees; it doesn’t set a minimum,” Donelan said. “So it is up to universities. If they…believe they are not providing adequate learning that is up to that value, they could themselves issue a discount—the government doesn’t have the final say on that.”

Meanwhile, the University of St Andrews has also confirmed that some of its students have asked to give up student accommodation contracts and return home.

“Although those numbers are small…we do not want financial considerations to get in the way of a need to go home,” vice-chancellor Sally Mapstone said in a statement on 29 September. “For that reason, we are forgoing the clause in your accommodation contracts, which requires you to give 28 days’ notice to leave.

“If you wish to leave, you can do so whenever you want, and you will only be billed for the period you have spent in halls.”