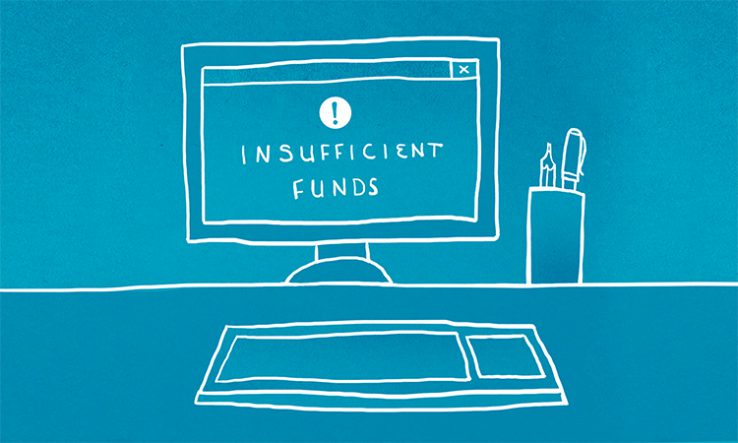 The government’s new package to support Covid-hit university research could be worth less than hoped for, and its one-off nature means it will not alleviate the pandemic’s longer-term effects, sector leaders have warned.

On top of this, the Sustaining University Research Expertise (Sure) fund’s conditions, which include limiting and reporting senior staff pay for up to a decade, are already putting off some universities.

“It’s quite clever what they’ve done but not very appealing,” one senior university source said. “I can’t imagine it getting too much appetite for take-up.”

The fund’s loans and grants are conditional on limiting senior pay and reporting it annually for the lifetime of the loan, up to 2030-31.

Higher Education Policy Institute director Nick Hillman, said this was “not unreasonable” given that taxpayers would “want to ensure their money is treated appropriately”. “However,” he added, “it is critically important that the measure is monitored to ensure it is not counterproductive. For example, it would be in no one’s interest if a university receiving support felt unable to recruit new senior staff at the appropriate market rate.”

The package, launched in November with a December application deadline, was designed to offset up to 80 per cent of lost international student fees, which normally cross-subsidise research. But international student numbers may not have dipped as much as initially feared, which means universities that do apply will receive less money.

“While it’s positive that international student income has held up for universities, it means the package will be smaller than expected,” a spokeswoman for the Association of Medical Research Charities said.

The money is expected to cover some of the costs of charity-funded research at universities, but the charities spokesperson said that, given trends in international student numbers, “it’s very unlikely to provide much” help. Instead, the organisation called for “targeted support for charity research” to plug a pandemic-driven projected £310 million shortfall in health and medical research in the year ahead.

Tim Bradshaw, chief executive of the Russell Group of research-intensive universities, agreed that the early picture on international students was “encouraging”, but said there was still uncertainty over what those numbers would look like in the new year.

“It is therefore a shame that the government has made Sure a ‘one-time only’ initiative,” he said. “We hope it will review this decision, depending on how the situation develops after the latest set of national restrictions have ended.”

Bradshaw highlighted “a substantial additional cost” that universities had incurred, for example, through making campuses Covid-secure and moving to online learning, “while income has been significantly constrained”. As a result, Russell Group universities have already taken a range of measures to mitigate the extra costs, he added, including pay restraint at senior levels, pausing capital projects and implementing recruitment freezes.