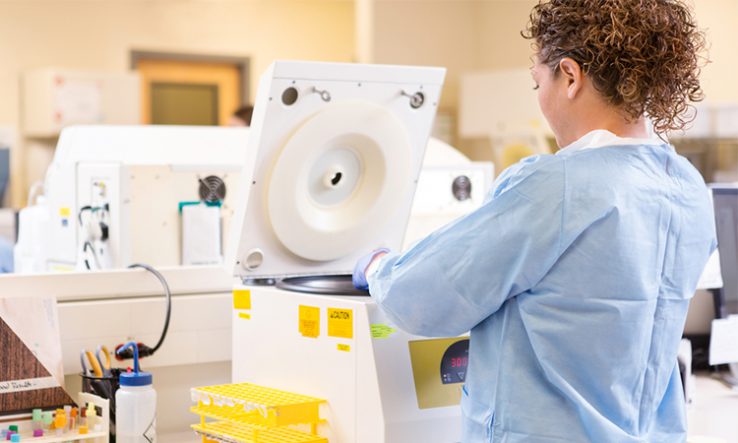 Universities across the UK are providing vital equipment to help the NHS in the fight against Covid-19.

Amid concerns over the lack of available ventilators, personal protective equipment and testing equipment in the health service, several UK universities have offered and donated their supplies.

At the University of Cambridge, staff have set up a logistics centre to process donations of personal protective equipment, including face masks, gloves and visors from Cambridge labs.

University departments have also sourced extra supplies from around the globe, with Cambridge spin-out RedBite providing object-tracking technology to log information about the equipment to ensure only NHS-approved items are forwarded on.

“The response to this emergency by the university community has been incredible,” said Andy Neely, pro-vice-chancellor for enterprise and business relations at the university, who is leading the operation at Cambridge.

“When the seriousness of the situation became clear, staff in labs across the university began collecting up all available protective equipment so it could be used by NHS clinicians treating Covid-19 patients.”

At University College London, staff have provided 16 virus detecting machines which the university says will enable thousands more people to be tested for the virus.

The ThermoFisher PCR (polymer chain reaction) machines are normally used at UCL to carry out research into drugs for cancer, dementia and infectious diseases.

“While these PCR machines typically carry out vital research work, we had no hesitation in freeing up this equipment to the UK government, during this national crisis,” said David Lomas, vice-provost for health at UCL.

“These machines will significantly bolster the nation’s testing programme,” he added. “We stand ready to assist wherever we can.”

So, what happens to the equipment after the pandemic? “I have a letter from the prime minister assuring me that the devices will be returned and if there is any damage or defect or loss it will be covered by the government,” Lomas told Research Professional News.

UCL engineers have also helped to create a non-invasive breathing aid which can be “produced rapidly and manufactured in the thousands”. Speaking at a government coronavirus press briefing on 31 March, Cabinet Office Michael Gove confirmed that the government had ordered 10,000 of the devices.

Meanwhile, the University of Nottingham and Nottingham Trent University have together donated 13 PCR machines capable of performing 20,000 tests a day.

In addition, the University of Salford has donated PCR machine normally used by researchers at the university looking into lung inflammation and fibrotic diseases. It is also supplying personal protective equipment to Salford Royal NHS Foundation Trust, including 37,000 pairs of disposable gloves, more than 500 lab coats, 100 pairs of safety glasses and 10 full body suits, as well as a supply of hand sanitiser.

At Queen’s University Belfast, researchers Eneko Larrañeta, Juan Dominguez-Robles and Dimitrios Lamprou have designed protective shield masks that can be produced using a 3D printer normally used to manufacture drug delivery systems and medical devices including catheters and microneedles. The masks will be donated to healthcare staff across the Belfast Trust.

While in Scotland, Edinburgh Napier University has transferred a ventilator normally used in its Simulation and Clinical Skills Centre to the intensive care ward at the Royal Infirmary of Edinburgh to cope with increasing demand.

Many others are doing similar things up and down the country.

“What we are facing now is something that is unprecedented in our lifetime and something that is a major civil upheaval on the scale of wartime and it’s absolutely imperative that everybody plays their part in this,” said Lomas. “And universities are a fabulous resource of very talented, clever people, skills, science, reagents and resources and it’s critical that they are all thrown into the battle, offered up in order to make a difference in this terrible time.”