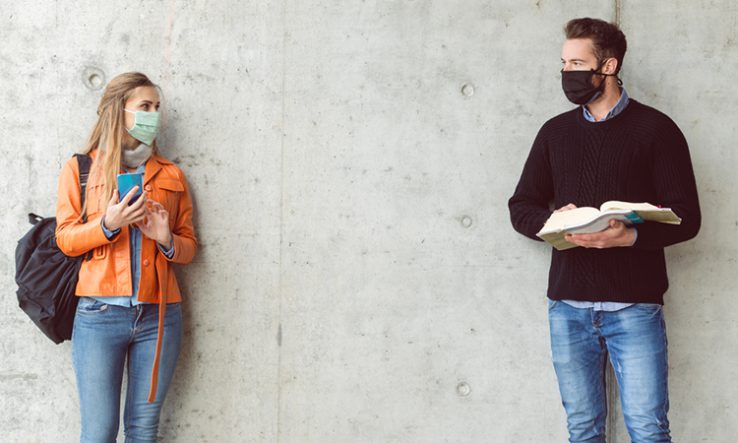 A report on Covid-19 transmission in universities from the government’s Scientific Advisory Group for Emergencies has been met with mixed responses from higher education experts.

On 4 September, Sage said there was a “significant risk” that universities could cause a spike in coronavirus cases in its report on how to manage Covid-19 transmission in higher education.

The group called for national planning around the reopening of higher education to help control the spread of the virus, and it warned that all universities should expect a Covid-19 outbreak, with some being forced to manage a “significant outbreak” on campuses.

“There is a significant risk that higher education could amplify local and national transmission, and this requires national oversight,” Sage wrote.

To help control the spread of an outbreak, Sage recommended that clear strategies for testing and tracing cases are developed, and that universities should reduce in-person interactions on campus. It also said communications strategies were “a critical part of minimising transmission risks associated with higher education”.

As the report was published, the Department for Education said it would shortly update its guidance for universities using the latest findings from Sage.

“The safety and wellbeing of university students and staff is always a priority, and these findings from Sage underpin the protective measures being taken to open universities safely for students, staff and local communities,” said a spokesperson for the department.

“This report adds further weight to our call that online teaching must be universities’ default position,” Grady said. “What we really need now is a serious response from universities and government. The health of university staff, students and the wider community is too important to gamble with—this is not business as usual.”

Vassiliki Papatsiba, director of the centre for the study of higher education at the University of Sheffield, pointed out that the 20 to 29 age group has a high infection rate in many parts of the world, meaning the “risk to the community is evident, as is the risk of campus closures due to isolation requirements for the networks, contacts and bubbles of infected or ill students” if campuses reopen.

“It is frustrating that established global evidence suggesting higher education institutions have a particular epidemiological profile based on the age of students and staff does not seem to have been given the attention it deserves,” she said. “The Sage report fills this gap.”

But University of Sussex vice-chancellor Adam Tickell said that some classroom teaching should be offered to all students and stressed that universities “have put a huge amount of work into ensuring that students can return safely to study”.

He added: “Although the top priority remains to prevent staff and students being exposed to increased risks from the coronavirus, it is really important that we consider all aspects of student welfare and allow them to return to some classroom teaching, as long as it is safe that they do so.”

Rachel Hewitt, director of policy and advocacy at the Higher Education Policy Institute, said: “It’s good that this guidance has been issued.

“Although it’s close to the beginning of term, a lot of what it sets out will have been on the minds of university leaders already. While undoubtably there will be a level of risk of students returning to campuses over the next few weeks, the focus should be on what can be done to mitigate these risks rather than remove them entirely.”