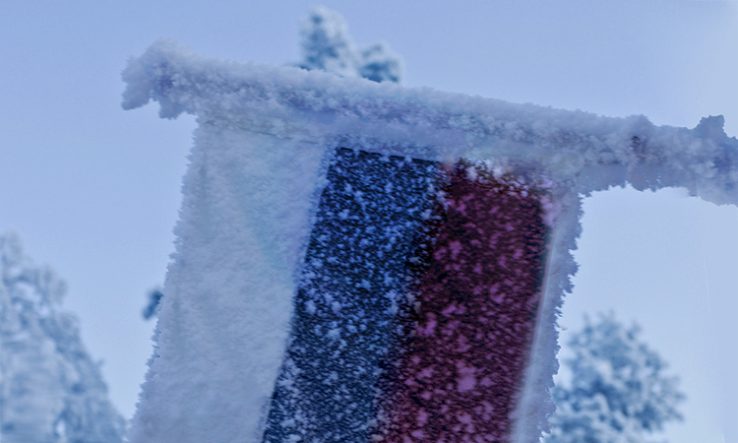 Higher education experts have backed the government’s decision to cut research ties with Russia, although some have cautioned against freezing all relationships with individual academics.

Scientific ties between the UK and Russia have been frozen as part of a ramping up of pressure on Russia over its invasion of Ukraine more than a month ago.

In a statement on 27 March, science minister George Freeman said the government had decided to “suspend publicly funded research and innovation collaborations” with Russia. At the same time, the government announced a £3 million scholarship scheme for Ukrainian researchers.

The measures include pausing payments for projects “with a Russian dimension” that are delivered with public research funds, and a ban on funding new collaborative projects with Russia.

They are said to be designed to target Putin’s regime rather than individual students and researchers, whom the government said “in many cases may oppose the actions of the Kremlin”.

Many in higher education have supported the government’s decision.

“We have engaged with the UK government on how to develop the most effective and targeted actions against the Putin regime, and recognise and support the decision to cease funding new collaborative projects with Russia,” she said.

But Stern cautioned that “many Russian students, academics and researchers, at great personal peril, have publicly criticised this invasion and reaffirm our belief that scientific collaboration and research are a vital global endeavour”.

“We would not, therefore, support a blanket suspension of academic links,” she added.

Nick Hillman, director of the Higher Education Policy Institute, said that although they were “not simple issues”, he felt “the government’s approach seems right, in part because we have a duty to support people under unjustified attack, and in part because history suggests that things tend to get even worse if you look the other way”.

“Unless something positive happens quickly, I suspect it will take decades for Russian universities to recover from the after-effects of their government’s indefensible actions,” he added.

For Simon Marginson, director of the Centre for Global Higher Education, the cutting of ties through publicly funded research was “inevitable” after the Russian rectors’ body signed a statement in support of the war earlier this month.

However, he stressed that many Russian researchers would be “fundamentally opposed to this war”. He said that UK universities should continue to cooperate with their Russian counterparts, “both to maintain normal academic activities and information flow, and to sustain solidarity”, while doing “all that we can for our colleagues in Ukraine”.

When the government announced the freeze on Russia collaborations, further and higher education minister Michelle Donelan asked universities to “review any financial or academic research ties with Russia given the horrors the Kremlin is inflicting on the Ukrainian people”.

She also called for honorary degrees awarded to those on the Russian sanctions list to be “quickly revoked”.

Many universities have already been exploring their connections with Russian organisations. A spokesperson for the Russell Group of research-intensive universities said: “We support measures taken by the government to stop funding for research programmes linked to the Russian state and institutional collaborators, without unfairly penalising individual students and academics, many of whom are equally as appalled by the Kremlin’s actions.

“Our universities have reviewed any collaborations or other links they may have had with Russia and are taking appropriate action.”