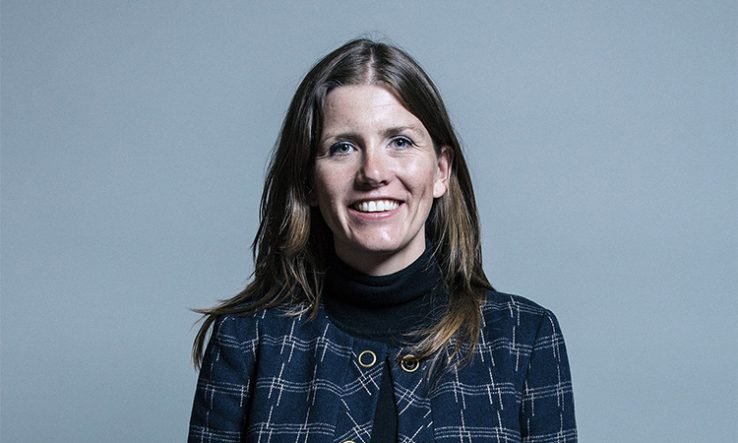 Universities must stop using non-disclosure agreements to “silence” victims of sexual harassment, the further and higher education minister has said.

Michelle Donelan (pictured) has urged all vice-chancellors to back a pledge that would see an end to the use of NDAs to stop staff and students from speaking out in cases of sexual misconduct, bullying and forms of harassment.

Six university leaders have already signed the pledge, which commits institutions to end their use of legally binding “gagging orders” on students and staff who come forward to report abuse.

“Sexual harassment is horrendous and complainants should never be bought or bullied into silence simply to protect the reputation of their university,” Donelan said. “Such agreements make it harder for other victims to come forward and help hide perpetrators behind a cloak of anonymity.”

She added that the use of NDAs to “buy victims’ silence” was “a far cry from their proper purpose​, ​for example, to protect trade secrets”.

“I am determined to see this shabby practice stamped out on our campuses, which is why last year I wrote to vice-chancellors making my position clear,” she said. “Several university leaders have signed a new moral contract to end the use of non-disclosure agreements against students and staff, and I call on other vice-chancellors to do the right thing and follow their lead.”

In July 2018, Research Professional News was the first to reveal the widespread use of NDAs in higher education. Our investigation revealed that, between 2014 and 2017, eight research-intensive universities in the Russell Group spent more than £20 million on NDAs.

In October of that year, the second half of our investigation was published, revealing that universities across the UK were spending hundreds of millions of pounds on the confidentiality clauses and NDAs signed by departing members of staff.

In 2020, a subsequent BBC News investigation found nearly one-third of universities had used NDAs to resolve student complaints, involving more than 300 individual NDAs—although the true figure is thought to be higher.

In July 2021, Donelan wrote to vice-chancellors, urging them to tackle sexual harassment and abuse on campus. She made it clear that all institutions must have robust procedures in place to deal with complaints, while setting out her stance on the use of NDAs.

Today’s pledge was welcomed by #Can’tBuyMySilence, a global campaign set up by former Harvey Weinstein aide Zelda Perkins and Canadian law professor Julie Macfarlane, which aims to end the harmful use of NDA.

Perkins and Macfarlane said they were “delighted that minister Donelan is asking universities to condemn this practice and pledge not to use NDAs in the future”.

‘This will dramatically change the accountability and transparency of universities, and improve the lives of students, staff and faculty by helping to break the cycle of abusive behaviour perpetuated by these agreements,” they added in a statement.

Michael Spence, president and provost of UCL, said: “We are all too aware that sexual harassment, bullying and misconduct takes place in universities. When this occurs, it is crucial that victims feel supported and able to speak out about their experiences.

“Confidentiality clauses are a barrier to this, and that is why we took the decision in 2019 that we will no longer use NDAs in settlement agreements with individuals who have complained of sexual misconduct, harassment or bullying.”