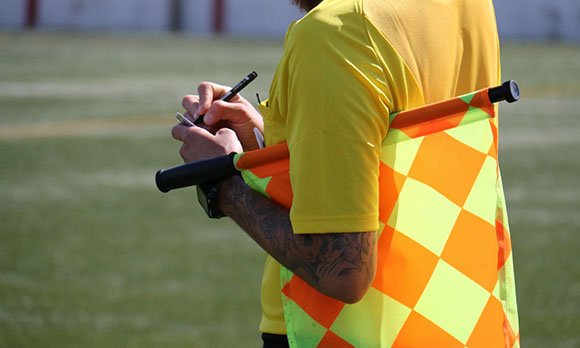 Growing pressure on research funders to become regulators of competition will bring learning experiences for everyone, says John Whitfield.

The traditional route to success in science, leaving raw talent to one side, has been to work all the hours God sends, produce eye-catching results and publish them in top journals. It helps if your background matches those who have predominated in academia over the past few centuries.

It would be hard to argue that no good ever came of working hard and chasing breakthroughs. But as science has become more competitive, the toxic effects of the way that this competition is structured and decided are becoming harder to ignore.

Competition—for resources, results and prestige—unites the many concerns grouped under the rubric of research culture: bullying, diversity and inclusion, openness, reproducibility, corner-cutting and misconduct, precarious careers, and work-life balance. Cast the net a little wider and you can add the fear that the oversupply of proposals relative to grants makes funders’ decisions excessively short-term and risk averse.

At the Royal Society’s meeting on research culture in October, society president Venki Ramakrishnan pointed out that in markets, both allowing untrammelled competition and trying to regulate it out of existence have a poor track record. The trick, he noted, is to regulate in a way that brings the best outcomes for both individuals and society.

What would this look like for research? Where do we want competition to occur and what form should it take? Whose job is it to set and enforce the rules? Funders look set to spend the next few years finding out.

Dealing with problems such as bullying and misconduct has traditionally fallen to employers. But in a straw poll at the end of the Royal Society meeting on who had the power and responsibility to address these issues, those with overall control of the money—and therefore the system—came top.

The arrival of UK Research and Innovation seems to have raised hopes in some quarters of a new broom sweeping across the research landscape. Its chief executive Mark Walport has not dissuaded this view. Speaking at the meeting—held shortly after UKRI launched reviews into bullying and harassment, and equality and diversity—he called on all parts of the research world to do their bit.

This is placing funders on unfamiliar territory—even when the issues relate to common decency and procedures are already in place, as on bullying. Witness the significant media interest in the Wellcome Trust’s recent decision to pull funding from cancer geneticist Nazneen Rahman after she faced accusations of bullying.

Other questions are more complex and poorly understood. Publishing is probably the area where most has been done to rethink what competition should look like. Some researchers would like to see an end to big publishers’ power and profit margins, with subscription fees and competition for space in prestigious journals giving way to papers being published as preprints and judged in a subsequent contest for minds and eyeballs.

But not everyone likes the look of the promised land. Plan S, an effort by multiple European funders to regulate the publishing market by mandating open-access publication and capping publication charges, is seen by some—not all of them publishers—as an attack on academic freedom.

As for rethinking funding and appointments, things are at an even earlier stage. Ramakrishnan made approving mention of limiting the maximum value of grants that any single researcher can win. But when the United States National Institutes of Health proposed this last year, as a means of diverting funds to less well-established researchers, it ended up watering the plan down in the face of a bigwig backlash.

In careers, the competitive chokepoint is in the transition from temporary postdoc roles to permanent jobs. At the Royal Society meeting, Robert-Jan Smits, the architect of Plan S, gave the view that the ranks of postdocs contained too many who, long term, were never going to make it as researchers, and should be diverted into other careers. Does that mean we should have fewer postdocs—which would presumably move the bottleneck back to the end of the PhD—or create some other type of PhD-level job that isn’t seen as a stepping stone to being a principal investigator, or something else?

Making research careers more humane and providing more routes to success are noble aims. But changing all these disparate facets of research culture is also an experiment in its early stages. Funders increasingly seem willing to take responsibility for carrying it out, but expect them to move cautiously. And expect competition to change rather than lessen, easing some pressure points and creating new ones for scientists at every career stage.

Something to add? Email news@researchresearch.com