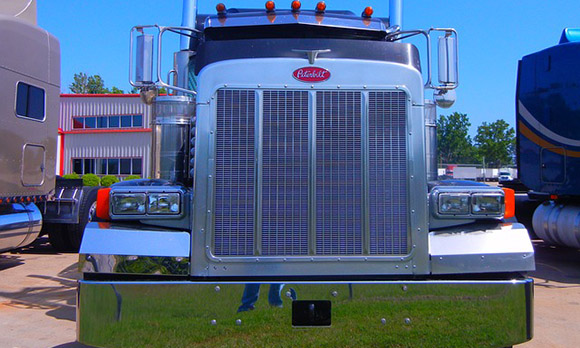 Transfixed by Brexit, universities and researchers are doing too little to try and influence government funding decisions, says Nick Hillman.

Listening to the radio over Christmas, I heard an interview with someone who was explaining the very high financial returns for the country from filling in potholes. It was a sure sign that a government spending review is on the way.

The precise timing of this year’s review is still not clear. But interested parties—including road users—are already lobbying furiously to show why their sector is efficient, why it needs more money and how extra investment will ensure the country gets richer.

Usually, that would include those making the case for universities and research. So far, however, no one at any level in the world of higher education seems to be talking sufficiently seriously about the spending review.

We are like rabbits frozen in the headlights of an approaching car. We are so obsessed with closer risks—such as Brexit and Philip Augar’s review of post-18 education and funding—that we have yet to see the juggernaut of the spending review a little further down the road. Unless we act fast, it could squash us.

Spending reviews, when the government decides how much funding each Whitehall department will get over the next few years, are crucial to the running of the country. They allow priorities to be set and changed, recalibrate the country’s trajectory and provide more stability than an annual spending round could.

It was the 2010 spending review, for example, that ushered the UK into a period of true austerity. This confirmed both the cut in public spending on universities and the introduction of £9,000 tuition fees.

That review also, somewhat against the odds, protected research spending to such an extent that the founder of Research Fortnight, William Cullerne Bown, presented the then science and universities minister David Willetts with a bouquet of flowers. In the decade that I worked with Willetts in opposition and government, this was the only time our policies provoked such a response.

Back in 2010, science and research had three advantages. First, they had a fan in the then chancellor George Osborne. Second, Willetts attended cabinet, unlike his recent successors. Third, the business department, which was then in charge of higher education and research, was the only one outside the Treasury itself with senior ministers from both coalition parties, with the Conservative Willetts working under the Liberal Democrat Vince Cable.

The importance of this last point has been underestimated. It allowed the business department to man-mark both Osborne and Danny Alexander, the Liberal Democrat chief secretary to the treasury. It made us a heavyweight in a middleweight competition. The research budget’s protection in 2010 was not due only to the quality of the evidence put before ministers. It was also a combination of circumstance and luck.

Some of the auguries for the 2019 spending review are good. A government with a firm commitment to spending 2.4 per cent of GDP on R&D by 2027—and 3 per cent eventually—needs a plan to get there. But there’s also a chance that higher education institutions and blue-sky research will be hit hard, because they start from a weak negotiating position.

Universities have endured a tough couple of years in the media for supposedly wasting money on things such as senior managers’ pay and shiny buildings. So far, we have dodged the rows currently going on in Australia about stopping funding to research that fails the “pub test”—the idea that public money should only go to projects popular with regulars at the Dog and Duck. But, given the rows about grade inflation, free speech and snowflake students, it may only be a matter of time before the tabloids start sifting through grant awards looking for projects to ridicule.

All this may seem unfair, given the strengths of the UK’s world-class higher education system and research base. But there is no point in sitting back and licking wounds. The next spending review will be a disaster unless those in universities and research marshal the best ever evidence for the benefits of a strong sector, convey it in more accessible and persuasive ways and persuade more policymakers of their case.

If you doubt this, consider the strength of the competing arguments that will come from the health service, from early years’ education and from the right of the political spectrum for tax cuts after so many years of belt-tightening.

We are at the point of the political and fiscal cycle where we need to be promoting our strongest arguments. It all calls for a lobbying exercise on a massive scale.

Nick Hillman is director of the Higher Education Policy Institute. He previously worked as chief of staff and special adviser at the business department.