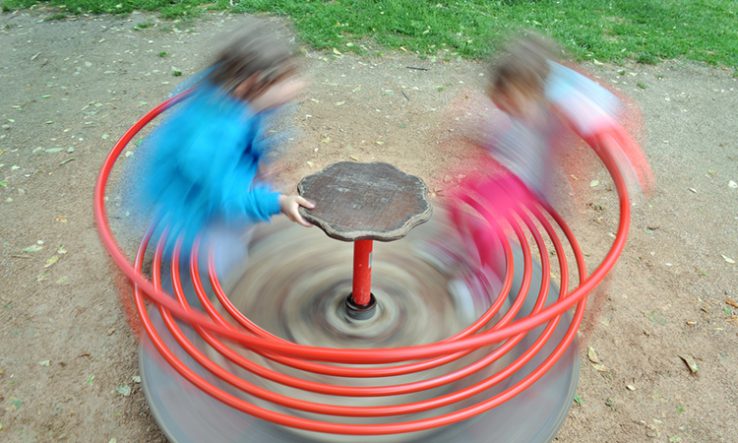 Stop going on about ‘challenges’ and start being disruptive, says Jamie Gallagher

Public engagement with research is at a critical moment. For the past decade we’ve had the same conversations about the challenges of engagement; now it is time to stop counting our problems and be disruptive.

There is no denying that public engagement is getting more attention across the UK research landscape than ever before. Most Russell Group universities have support teams; the major funders have earmarked pots of money; and it featured in close to half of all impact case studies in the 2014 Research Excellence Framework.

September also saw the launch of UK Research and Innovation’s vision for public engagement, seeking to increase the public’s participation in research and its voice in shaping research.

However, scratch the surface and all is not well. University teams are often on short-term contracts and must fight to justify their existence. Academics are rarely allotted time for engagement and funding is piecemeal. Even the REF case studies are, in the most part, poorly evidenced. If public engagement is to survive, it is time to focus.

The profile of public engagement has risen in the past decade, but not always its legitimacy. And the debate around it has focused on its challenges, in a way that is getting repetitive.

This was exemplified by a March report from the Natural Environment Research Council and the National Coordinating Centre for Public Engagement. The Engaging Environments project spent half a million pounds exploring effective approaches to engagement in the environmental sciences.

This level of investment is just what is needed. Which is why the project’s lessons were so disappointing. These were: 1. “It is important to invest in consortium building”; 2. “Use and contribute to the evidence base for public engagement”; 3. “Encourage researchers to step out of their comfort zone.” These are valid points, but any engagement professional could have shared them for the price of a coffee.

This navel-gazing contrasts starkly with the way engagement is reported. Challenges are invisible in most engagement reports, which invariably trumpet a project’s success. If engagement is so difficult, why do we only hear good news? We are afraid to admit the unspoken truth—that most engagement currently has very little impact on the public.

Universities and funders go on about how difficult engagement is, but send researchers out to do it—apparently with huge success—after a three-hour training workshop. Public lectures are criticised as a format, but celebrated on an individual level. We advocate depth over reach, but will hail a drop-in tabletop activity as inspirational. We plan events to reach non-specialist audiences while advertising them to our own staff and students. It’s time to stop playing this game.

Public engagement is challenging—possibly more challenging than policy engagement, business engagement or many other forms of knowledge exchange. This is because its most valuable audiences are the non-specialist and often non-interested. That doesn’t mean that public engagement can’t be powerful or important, just that it’s going to take expertise and support.

So how do we surmount the barriers? First, we continue to train, teach and experience. From undergraduate to management, we immerse ourselves in the engagement culture. We start to view the bulk of engagement activity as contributions to researcher development opportunities and a culture of openness, not as one-off interventions expected to transform audiences’ lives.

Second, we embrace failure. There needs to be open and honest reporting, informed by the expertise of social scientists and evaluation experts.

Third, think big, think disruptive and think long-term. Engagement won’t cement itself at the heart of university culture while so many projects remain more about a researcher’s vanity and profile than meaningful dialogue. Some funders, such as the Wellcome Trust, are driving towards an in-depth model—looking to fund large, meaningful projects with a budget of £25,000-£100,000. Universities likewise need to give engagement teams the budget and influence to effect real change.

History is filled with leaps in engagement that were revolutionary at the time and seem unremarkable now. In 1807 the University of Glasgow opened Scotland’s first public museum. In 1825 the Royal Institution hosted its first Christmas Lecture. In 1902 Marie Skłodowska Curie refused to patent her discovery of radium saying “it belongs to the people”.

We are overdue another engagement revolution. Universities are searching for the inspiration they need to survive another hundred years. We have to hope it appears before university managers get fed up with hearing that “engagement is challenging”.