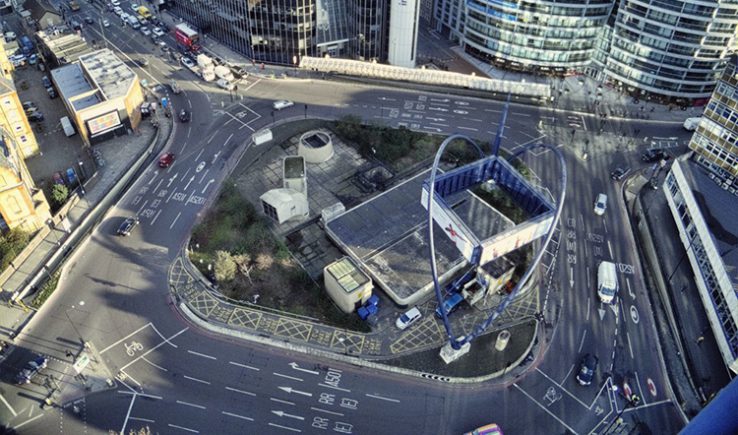 London’s technology ecosystem is thriving. The city has more than 50,000 tech firms, with over 260,000 employees. Venture capital investment rose from £384 million in 2013 to £1.8 billion in 2018. Several companies, such as Deepmind, Transferwise and Deliveroo, have become unicorns, valued at more than £1 billion. It survived the financial crash and is—so far—Brexit-proof.

East London is central to this story. Since the late 1990s, the neighbourhoods around Shoreditch have become home to a rich tech community, especially digital content firms that bridge traditional media, advertising, marketing and design.

The policy mixed marketing and place branding; foreign investment; business support; network-making; tax breaks; and a one-stop delivery body, the Tech City Investment Organisation. This bottom-up, light-touch approach was unusual in trying to go with the grain of the local ecosystem, rather than reshaping the area through large-scale physical development.

The consensus is that these interventions—lauded by, among others, Boris Johnson in his time as London’s mayor—have been hugely successful. Rebranded as Tech Nation, the programme now covers the whole UK.

But while policymakers love cluster policy, many academics are sceptical as to whether it achieves anything. And while there are hundreds of academic papers on clusters, very few try to evaluate cluster policies.

In a new paper, I test whether the Tech City programme did what it promised. The results are mixed. Clusters are governed by positive and negative feedback loops. As they get bigger and denser, the exchange of people and ideas between firms boosts productivity.

But bigger and denser also means more expense and competition. This pushes some companies out of the market or the neighbourhood. In Shoreditch, both positive and negative effects were in evidence—the cluster got bigger, and more expensive.

Working out how much of this was down to policy interventions is especially tricky in this case. Shoreditch is an unusual neighbourhood, and it is hard to find like-for-like comparisons elsewhere in London.

So, instead, I compared changes in Shoreditch to a ‘synthetic Shoreditch’, modelled using data adapted from London tech hotspots beyond Tech City. This simulated cluster looks very like the real Shoreditch before the Tech City programme began, but after 2010 it follows its own path, in a parallel world where the policy didn’t happen.

Overall, I found that the policy increased the size and density of the cluster, both for the digital content firms and a newer wave of smaller, younger digital tech firms specialising in hardware, software and IT. But this seems not to have consistently increased firm performance, with only the established digital content firms seeing higher revenue per worker.

Why hasn’t a bigger, denser cluster raised performance for everyone? Geographical changes might provide part of the answer—digital tech firms crowded into the heart of the area, and content businesses moved to its edges. Growth is also driven by new entrants, mainly UK-owned, raising levels of competition, driving down revenue per worker for the average firm.

More troubling, I find that much of this began before 2010, when the Tech City programme began, and then weakened relative to the previous two years. The policy amplified the benefits of clustering for more established content firms. But for younger digital tech firms, performance fell after 2010. Here, the policy overheated the ecosystem.

So did it work? Sure, if a bigger cluster is all that matters. But if you also want a better cluster, the results are much more mixed, with clear winners and losers.

A pessimist might say that this shows trying to steer a cluster’s course is pointless. On the other hand, Tech City shows that government can influence change without dropping huge amounts of public money.

While trade-offs are inevitable, a better thought-out programme, with clear objectives linked to specific policy actions might have delivered a better balance of positives and negatives.

Light-touch approaches work for established clusters, but are less likely to succeed in growing one from scratch. Other cities will also want to vary the policy mix, placing, say, more emphasis on infrastructure or less on branding. It’ll be fascinating to see how future policy experiments, such as London’s Med City and Manchester’s Graphene City, play out.