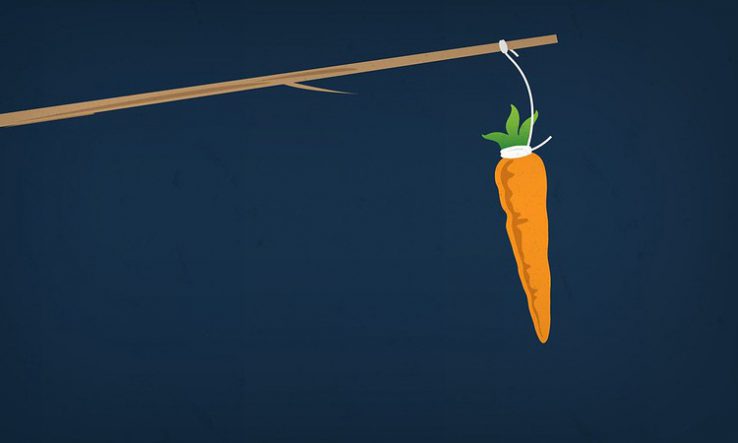 A Conservative election victory would give researchers some difficult choices, says John Womersley

Dominic Cummings-watching has become quite the thing in the science community. We all love a good Svengali, and this one has been unusually transparent in his thinking, making it all available on his blog. It’s obvious that he admires scientists and technologists as problem solvers—which is a lot better than idolising bankers or hedge-fund managers.

Cummings seems fascinated by brilliant iconoclasts, and questions the productivity of large, modern scientific teams. And he has a zeal for can-do funders that dispense with normal peer review and make big, risky, strategic investments, of which more later.

It’s easy to mock this as the posturing of a wannabe tech-bro. But, while Cummings may not understand science very well, he is right to see it as an area of national comparative advantage. Most probably share his frustration that the UK’s scientific prowess seems stubbornly hard to translate into economic strength.

He’s reported to want to throw money at science—“eye watering” budget increases have been rumoured. But this seems to come at the price of also challenging many of the present system’s basic tenets, including the decision-making of big bureaucracies such as UK Research and Innovation.

This is all fascinating to observe. Many in research have dreamed of a senior adviser, with the ear of the prime minister, advocating for increased science funding.

Then, when we get one, he comes hitched to a policy—Brexit—that most of the science community reviles. It’s as if the Gods are toying with us.

So far, so ironic. But things are rapidly getting more serious. A UK general election this autumn seems likely. If the Conservatives win, Cummings will presumably deliver on his stated first priority, getting Brexit done, and move on to his second, reputed to be transforming British science.

This would give the science community some difficult choices. For the last decade, many have argued that investment in science and technology is the key to growth, and that big increases in funding are well justified by their impact.

But would researchers accept this if it meant greater government involvement in their decisions and priorities? Would the community have any truck with a Boris Johnson government that had delivered Brexit?

The omens are not great. Just over a week ago, the government announced £220 million for a five-year design study for STEP, the Spherical Tokamak for Energy Production. The project, led by the UK Atomic Energy Authority (UKAEA), aims to develop an engineering design for a power-producing fusion reactor.

This looks like Cummings—an innovative, fast-track approach to an important problem, bypassing the slow-moving bureaucracy of the international fusion project Iter. But instead of welcoming the new money, scientists on social media were unanimously scornful, branding it a plan that no reputable expert would take seriously and merely showing that politicians have no idea how hard fusion is.

UKAEA’s scientists and engineers, who know full well how hard fusion is, tried to set the record straight, but the original narrative was too good to resist. It shows how hard it will be for the science community to trust this government, even when it offers new money to reputable institutions.

So, imagine a post-election, post-Brexit Cummings, setting out to reform science and willing to spend freely. There would be a huge temptation for academia to disengage into protest, as it did in the 1980s when Margaret Thatcher was denied an honorary Oxford degree.

Just as in the 1980s, the probable result would be that researchers ended up left alone to manage a dramatically reduced level of spending—keeping their principles intact, but with less money, less influence, fewer jobs and reduced opportunities for young people. UK research is likely to face some version of this dilemma in the next 12 months.

Maybe sooner than that: Number 10 has just signalled in the Queen’s speech its desire to set up a new funding agency, reputedly modelled on Darpa, the US military’s blue-skies research funder. This has Cummings’ fingerprints all over it.

Again, the science community has been pretty unenthusiastic. But without good advice on how to spend its budget or a good connection to academic research, any new agency is unlikely to succeed. That would not just reflect badly on Cummings; it would reflect badly on UK science.

There needs to be a pragmatic middle ground staked out, something that avoids jumping in behind naive ideas, but also avoids having nothing to do with government, keeping one’s principles pure, but ending up with no influence or funding.

John Womersley is director-general of the European Spallation Source in Lund, Sweden, and a former chief executive of the UK Science and Technology Facilities Council