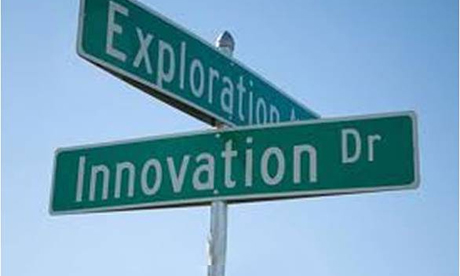 The chancellor should use the spending round to boost the whole knowledge economy, not just R&D, says Greg Falconer.

On 4 September, against a backdrop of heightened parliamentary tension and Brexit uncertainty, chancellor Sajid Javid will announce his clear-the-decks spending round and set departments’ budgets for the 2020-21 financial year.

This could be a damp squib. Most budgets are likely to be rolled over and capital investment is out of scope. This prevents the chancellor raiding long-term investment pots to pay for short-term priorities such as health, schools and police.

On the face of it, this is good news for science and innovation: the pledge by Theresa May’s government to invest an extra £7 billion in R&D from 2017 to 2022 is likely to be safe—at least until the comprehensive spending review planned for next year. Infrastructure funding and the science portion of Overseas Development Assistance should also be secure, for now.

But the devil, as always, is in the details. UK Research and Innovation’s core funding of £5bn—the fuel for the research councils and Innovate UK—could be in the firing line, because it sits within the Department for Business, Energy and Industrial Strategy’s resource budget.

The current allocation is only set until the end of this financial year, when the long-standing ring fence of the science budget ends. It therefore falls within the scope of this year’s spending round and could be cut to pay for shorter-term priorities.

This is unlikely, but not impossible. Prime minister Boris Johnson has sent positive signals on science—visiting the fusion site at Culham, vowing to make the UK a “science superpower”, pledging to “double-down” on R&D investment and committing to look at visa rules for researchers.

The most vulnerable part of UKRI’s budget is the £750 million that flows through Innovate UK. This funds core grants, the Catapult Centres and the Knowledge Transfer Network.

Johnson has had nothing to say on innovation support, and Javid is known to be sceptical of Innovate UK’s model: as business secretary, he considered replacing grants with loans. Innovate UK’s day-to-day work also sits largely outside the government’s target to increase R&D spending across the economy to 2.4 per cent of GDP by 2027.

Cutting support for innovation would be a grave mistake. If the chancellor fails to support the whole R&D and innovation system he will make it much more difficult for businesses to translate ideas into commercial opportunities and increase productivity and prosperity across the country. He should be supporting UK innovation as strongly as the prime minister has pledged to support UK science.

This means protecting innovation spending. If science funding is rolled over, or even increased, innovation funding should be too. This would prevent innovation being seen as the poor relation of science and give confidence to companies seeking to benefit from Innovate UK programmes.

It should also mean replacing the technocratic and science-focused 2.4 per cent target with a balanced strategy focused on increasing investment across the entire innovation system.

The 2.4 per cent target has been useful in focusing minds, but it is widely seen as unachievable. It has also skewed the discussion too heavily towards investment in basic research and R&D-intensive sectors such as pharmaceuticals, to the detriment of wider innovation support in all areas of the economy.

The chancellor should look to increase investment across the system, balancing blue-skies research and flagship projects with mission-led innovation, skills programmes—including those focused on diversity and inclusion—and support for the adoption and diffusion of innovation and technology across the economy, through, for example, test beds and demonstrators.

Finally, this week’s spending round should set the tone for next year’s comprehensive spending review by initiating a data-driven evaluation of all areas of UK innovation policy. This should include an assessment of R&D tax credits, which, as was revealed in last year’s budget, can be vulnerable to fraud.

UK innovation should be supported in an evidence-based way, experimenting with approaches and focusing on interventions proven to work. Concentrating on outcomes would shift the government from its current focus on input targets.

By safeguarding public investment in innovation, moving the policy discussion away from a narrow focus on R&D and embracing evidence-based approaches, the chancellor will send a strong signal that this government is serious about making the UK a world-leading knowledge economy. If Javid fails to support innovation, the true cost is likely to be the UK’s long-term economic success.