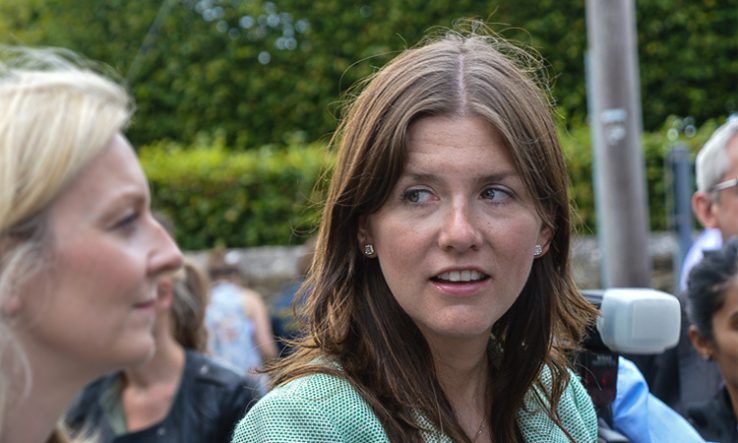 Ivory Tower: An exclusive extract from the diaries of the new universities minister

Very excited to be taking up my new role. Me and some of the other new ministers are at an induction meeting in Downing Street. Dominic Cummings addresses the group.

Cummings: All right, shut up and listen to me. You’ve got ten minutes of my time, use it well earthlings. First up, the main priority is R&D.

Me: Research and development.

Cummings: Did someone speak?

Me: Yes, I’m the universities minister…

Cummings: And they are still speaking.

Me: I was just saying, in case anyone didn’t know, R&D stands for research and development.

Cummings: No, it stands for Redcar and Durham. I didn’t spend my time winning those seats to watch you lot hand them back to the Trots.

Amanda Solloway: Actually, you didn’t win them on your own.

Cummings: Sorry, who are you?

Solloway: I’m the minister for R&D.

Solloway: No, I’m the science minister.

Cummings: Who told you that?

Solloway: I read it in the papers.

Cummings: Right, I want names, dates and the identity of the journalists. Who’s been leaking that sort of information to the press? No one leaves until we get to the bottom of this.

Me: You mean I’m not the science minister?

Cummings: Who are you again?

Me: The universities minister.

Cummings: Of course not.

Me: But aren’t universities in R&D?

Cummings: There is one in Durham but not in Redcar. I thought you said you were the minister.

Me: No, I mean, shouldn’t science and research be in the universities brief?

Cummings: Are you being disloyal?

Me: No, not at all. I’m just wondering who is actually science minister?

Cummings: I am sure that you and your colleague will want to have regular conversations.

Cummings: I don’t know, about who doesn’t do R&D. Just don’t have them on my time. Right you’ve only got two minutes left of me humans. As I was saying, whenever you are making a decision ask yourself what does this mean for R&D?

Cummings: Right, your name is going on the list. Next to Javid.

I’m at the Department for Education to meet with the permanent secretary. I’m overwhelmed by the number of gifts I’ve been sent by colleagues but it’s still a bit fuzzy about the details of my portfolio.

Permanent secretary: I’ve had some briefs sent over from Downing Street.

Me: Is that usual?

Me: Whose are they?

PS: They probably came from the prime minister.

Me: That’s a bit creepy.

Me: Really? I’d heard rumours around the party conference but I didn’t think they were true.

PS: But it’s what the prime minister wants.

PS: Quite, we all want to please the prime minister.

Me: Not that much.

PS: But it’s your role as minister.

PS: If it helps, Gavin Williamson could share his with you.

Me: The mind boggles!

PS: You can read them later.

Me: Thank you God!

PS: That’s a bit strong, permanent secretary will do.

Lunch with Amanda Solloway to compare our portfolios. It will be good to find out how things are going over at BEIS.

Me: It says here that I’m responsible for universities and higher education reform.

Solloway: Do you have an office yet?

Me: Yes, it’s quite a nice one, with big windows, but it’s still full of drawings by Chris Skidmore’s kids and boiled sweets stuck to the desk.

Solloway: Did he bring his kids to work a lot?

Me: No, apparently the sweets are from when Boris used to visit Jo Johnson. How’s your office?

Solloway: I’m not sure.

Me: You mean, you’re not sure if you like it?

Solloway: No, I’m not sure if I have an office. Every time I turn up, the secretary of state says he’s got a job for me to do and I end up traipsing around Whitehall.

Me: Really? What sort of jobs?

Solloway: Yesterday, a delegation came from the Scottish Funding Council, so I was sent for a tin of tartan paint to decorate the office. Turns out the requisition store was all out and by the time I got back the delegation was gone.

Me: Are you sure about that?

Solloway: Yes, they were definitely nowhere to be seen. Last week just before the first ministerial meeting, I was told we had to comply with the new green directive, and could I go over to Defra and pick up some battery-powered electric plugs.

Solloway: Well, Defra said they didn’t have any and that I should try BEIS because that’s where energy is. I told them if there was any energy in BEIS I wouldn’t be asking them for battery-powered plugs. By the time I got back, apparently Dominic Cummings had been to the meeting and I’d missed him.

Me: But then they showed you to your office.

Solloway: Then they said that government science policy was running out of steam and could I go over to the department of the environment and get a fresh bucket load.

Me: A bucket load of steam?

Solloway: Yes, funny thing was they didn’t have any.

Me: What did they say?

Solloway: They said, “You must be a newly appointed minister, what’s your brief?” So, I said, “I’m the science minister”.

Me: And what did they say?

Solloway: They said, “That will explain it then”.

Me: Have you ever had the feeling that there is something going on behind your back?

Solloway: No, when I was appointed Dominic Cummings said he would be right behind me every step of the way.

Me: That will explain it then.

Back at the DfE trying to master my brief before I have to face the press. Gavin Williamson has decided to quiz us newbies.

Me: I’m pretty sure that isn’t one.

Williamson: Are you sure? I saw it on Twitter.

Me: As far as I know there is no such thing as the Tony Benn University for Political Education.

Williamson: We should close it down.

Williamson: No, the Tony Benn University.

Me: Can we check it’s real first.

Williamson: I’m pretty sure Twitter is real. Not sure about the BBC though.

Me: No, the Tony Benn thing.

Williamson: That’s definitely real, we had a lucky escape there.

Williamson: From Marxism, if Boris hadn’t won the election there would be Tony Benn universities everywhere.

Me: Really? How many are there now?

Williamson: Most of them are.

Me: Most of what?

Williamson: They’re everywhere. They’re always on strike, complaining about their gold-plated pensions and forcing their left-wing views on students.

Me: Wow, I’d no idea. So who approved the Tony Benn University?

Williamson: I don’t know, is it new? How did that name get approved by this department?

Me: It would have been the secretary of state.

Williamson: That’s me! I approved it? My name will go on the list. Next to Javid. We must have an investigation, find a scapegoat before Cummings does.

Me: Calm down Gavin, do you have the OfS list of approved providers there?

Williamson: Yes, let’s see. Oh my God, it’s true, there it is in black and white, Tony Benn ITT.

Me: That says, Tony Bennett.

Williamson: Tony Benn ITT? Is it an institute?

Me: The Tony Bennett School of Performance

Williamson: The Trots have a song and dance school as well?

Me: No, Tony Bennett not Tony Benn.

Williamson: There’s two of them?

Me: He’s an American who works with Lady Gaga.

Williamson: Is she on the Lords’ select committee?

I sigh and leave.

It’s a constituency day, so I’m at home in the countryside going through my red boxes, trying to get used to all these acronyms. The phone rings, the reception isn’t great. I speak to the DfE operator.

Operator: No, UUK are on the line.

Operator: Putting you through now minister.

Me: Yes, I’m OK. Why does everyone keep asking me that?

Me: Look, I’m very busy, what do you want to talk about?

Me: Sorry? You see me? Where are you?

Me: You can see me from there? Are you with Boris?

Voice: Well, we haven’t always seen eye to eye, but I think we should have a constructive dialogue.

Me: Who did you say you were again?

Me: Don’t start all that again.

I sigh and hang up.

Terms of use: this is a free email for fun on a Friday, it should circulate widely like an anonymous Downing St source’s views on the BBC. Want a prospectus for the Tony Benn University of Political Education? Want to say hello? Email ivorytower@researchresearch.com