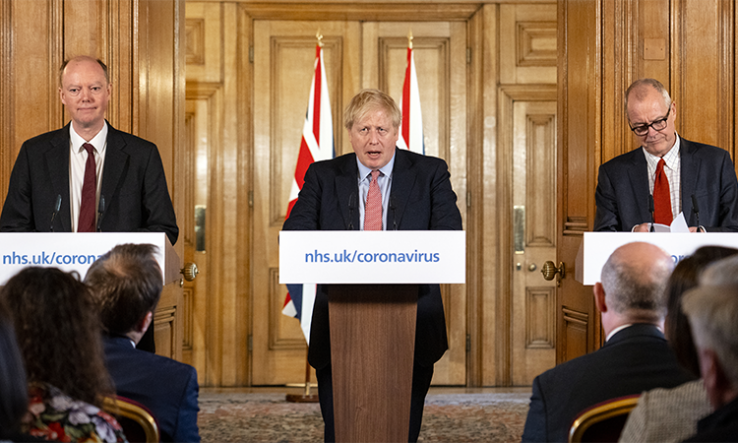 During the swine-flu pandemic of 2009, I ran a press conference with John Beddington, then the government’s chief scientific adviser. Before he took the stand, his press officer warned him to deny rumours of differences of opinion on the Scientific Advisory Group for Emergencies, as it could lead to a ‘row’ story that would confuse the public.

As we walked into the press conference I whispered to Beddington: “If you tell a room full of science journalists that 25 scientists all agree they will tear you apart.”

The question came up and, to the press officer’s horror, he explained the different scientific views and the process by which Sage had arrived at a consensus. Not a single ‘row’ story emerged, and Beddington retained science journalists’ respect.

Before and since then, I have battled with government press officers over the idea that public-health messages must be purged of nuance and delivered only by media-trained spokespeople. The experience of the coronavirus outbreak ought to consign this view to history.

Obviously, conflicting messages can lead to confusion, but frankness about differences of opinion between good scientists can also enhance public trust. The response to this crisis reminds us that the public can grapple with unknowns, uncertainties and fast-changing evidence when these are clearly explained.

When, for example, political journalists accused the government of a U-turn for changing its advice on Covid-19, science journalists explained how new data and the models based on it had turned the worst case scenario into the best estimate.

Can the public cope with this? Well, one science reporter told me that an explainer he had written on the Imperial College modelling paper got more than 60,000 hits, so they certainly seem willing to try.

One striking thing about this crisis is how openly scientists have described the uncertainties and unknowns. At a Science Media Centre (SMC) briefing for science journalists, chief medical officer Chris Whitty welcomed constructive criticism from scientists and insisted that different views and conflicting evidence are helpful in arriving at finely balanced judgements.

It is not just the way the science is being communicated directly to the public that is changing, but who is doing the communicating.

Scientists are everywhere, and they are not the celebrity scientists who usually bring research to the public. Research-active virologists, modellers, immunologists, clinicians and others are doing back-to-back media on top of their science, answering journalists’ questions and proactively commenting on every development.

Never have truth, facts and expertise been in such demand. In the past few years I have often been asked to comment on the issues raised by our post-truth society, in which fake news proliferates and opinion beats fact. None of us know where the coronavirus outbreak will take us, but it already feels as if this narrative has changed.

Among the many events cancelled because of the crisis was one organised by UK Research and Innovation to mark the 20th anniversary of the House of Lords report on science and society that led to the setting up of the SMC as an independent press office tasked with helping news journalists contact the best scientists at top speed as a major story is breaking.

When I was appointed to run the SMC, many scientists were angry about the way the scientific advice on mad cow disease had been misrepresented—most notoriously when agriculture secretary John Gummer fed his daughter a beef burger, claiming that “the science says it’s safe”.

In fact, the scientists had advised that, while there was no evidence you could catch the human form of bovine spongiform encephalopathy from eating meat, they could not rule it out. Politicians took that measured advice, delivered behind closed doors, and caricatured it, with the consequent damage to public trust in science.

As many have noted, the SMC was made for a story like Covid-19. When news reports started to appear in January about a mystery virus emerging in China, little did we know that this would be the start of the busiest period of the centre’s history. So far, my team of five press officers has sent out almost 200 rapid reactions from experts, set up hundreds of interviews and run five packed press conferences.

The Covid-19 outbreak is a global human tragedy. But, just as we take comfort from the heroic actions of our health workers, so we can celebrate the positive role being played by scientific experts. Twenty years after peers advised scientists to change their relationship with the public if they wanted to retain the public’s trust, Covid-19 shows the extent to which that has been achieved.