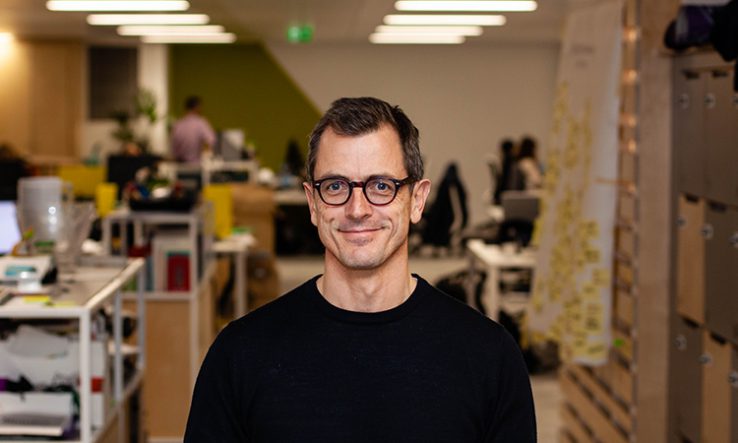 The coronavirus pandemic has changed the use and communication of evidence, says Jonathan Breckon

We are still in the midst of a terrifying upward curve of Covid-19 cases in the UK. History may show that countries such as the UK, United States and Sweden didn’t move fast enough. And there is so little understanding about the virus that the epidemiologist John Ioannidis wrote that it “might be a one-in-a-century evidence fiasco”.

But that sort of post-mortem is far off at the moment. Events are moving too fast to stop for an evaluation of progress.

1. The experts are back

Back in 2016, Michael Gove made the headlines in the run up to Brexit by saying ‘Britain has had enough of experts’. That has all changed now.

The dulcet tones and trusted words of the UK’s chief medical officer Chris Whitty were a familiar sound in the early stages of the crisis and ‘led by the science’ has become a mantra of ministers.

“At all times we will be led by the science to bring forward the right responses at the right time to this global pandemic,” is the official government line.

But reliance on single experts and the ‘clever chaps in Whitehall’ model has its flaws, and could be prone to insularity and group-think. We need wider bodies of expertise.

This is why it is welcome that the Scientific Advisory Group for Emergencies (SAGE), a formal part of the UK government’s emergency response structure, has been open to the input of psychologists, anthropologists and historians via the Independent Scientific Pandemic Influenza Group on Behaviours, or ‘SPI-B’ to use its official, ominous-sounding acronym.

Social science creates insights beyond the pure data of medical experiments. For instance, sociologists and medical anthropologists have shown that while wearing face-masks may have uncertain health benefits, it sends important signals and provides a form of social glue by showing that groups are taking a shared collective responsibility for dealing with the virus.

3. Openness to being open

The government has been publishing the research, models and expertise behind much of its policies, including the evidence supporting the government response to Covid-19. Some of the papers are rushed, others are missing. But this is understandable in a crisis and there has been a real culture of getting things into the public domain.

In the past, we have worked with the Institute for Government and Sense about Science to encourage governments to show the workings behind policies. Transparency is important.

A key lesson from two social scientists, who reviewed what had been learned during the avian and swine flu outbreaks, was that “communication strategies should maximise levels of trust among the public by being open and transparent in order to maintain the credibility of the information provided”.

Facebook and Google have been proactive in redirecting people to trusted sources including the NHS and BBC, taking down false news and confronting myths, such as stories linking the epidemic to bat soup, snakes, and even Mexican beer.

But this has not stopped the rumour mill in closed messaging channels, such as WhatsApp. Organisations such as Full Fact, one of Nesta’s Democracy Pioneers, and other members of the International Fact Checking Network have fought back and created a database of all coronavirus falsehoods from more than 70 countries.

The danger though has been that there is just too much information—both good and bad. It is what the World Health Organization calls an ‘infodemic’: an over-abundance of information, some accurate and some not, that makes it hard for people to find trustworthy sources. We still need ‘bottom-up’ approaches for encouraging information-hygiene, not simply the sharing of ideas without thinking.

There has been a marked speeding up of reviews of evidence during the pandemic, with unprecedented open access to sources previously hidden behind paywalls.

Systematic reviews avoid cherry picking single studies, and use rigorous methods to sift through whole bodies of research. However, they can be time consuming to undertake. But during this crisis we have seen how swiftly summaries can come out as rapid evidence assessments, such work on how digital technology can help isolated older people. And the EPPI Centre at UCL has created a ‘living systematic map’ of Covid-19 research so more new studies can be added as we go along.

Eventually, we are going to have to lift the lockdown and return to work. Then we will need to understand how people follow guidelines that are in place.

Previous research on past epidemics has shown that older people and women are more likely to follow government advice. This has been confirmed during the current crisis by online experiments from the Behavioural Insights Team, part of the SAGE government advice network. The BIT found that young men are more likely to ignore public health guidance.

Messages need to be tailored and targeted to influence different audiences.

Our ‘Science of Using Science’ project, funded by Wellcome Trust, stressed the need for a cocktail of measures, working at different levels, from individual to society-at-large, and recommended the COM-B framework of behaviour change. This specifies that people need to have the requisite capability, opportunity and motivation (COM). Unless you can tick all three of those areas, the behaviour desired is not going to manifest, according to psychologist Susan Michie, who created the framework and is a member of the SAGE advisory committee.

7. Help at home and on the frontline

Evidence has also been mobilised to help guide workers to evidence-based mental health programmes. These have included Headspace to help with sleep and well-being; pointers for parents on what digital home learning programmes are best, something Nesta has been exploring for our Edtech testbeds; and insights from social scientists familiar with trying to work in war zones and disasters about how to keep our heads and attempt some sort of normality.

All of this is useful and necessary.

After the Ebola outbreak in 2016, Sylvie Briand, who directs WHO’s Pandemic and Epidemic Diseases Department, asked for a ‘paradigm shift’ to scale up and embed more social scientists in the management of epidemics. Covid-19 might not represent a total shift, but social science can clearly play its role.

In science, there have been unprecedented global Covid-19 research partnerships in bioscience, as nearly all labs have been closed or repurposed to help with the epidemic. Those working in social sciences, should also be inspired to join together to help all of mankind.