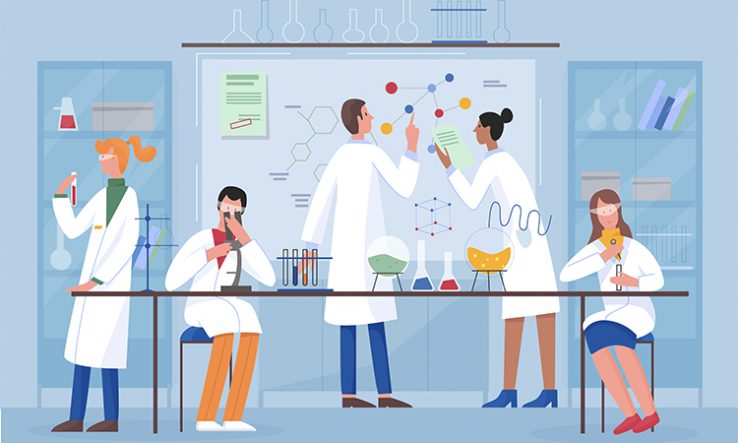 We are all talking about science: preprints make headline news; scientists are more sought after on Question Time than politicians; and not only does everyone know we have a chief scientific adviser but many can even name him. As a long-term champion of science and engineering, I am pleased to see science leading the news, even in such unfortunate circumstances.

But there is a flipside. Science’s prominence in the public consciousness has put it in the political firing line. Speaking in the House of Commons on 11 May, for example, Jeremy Hunt, chair of the Health and Social Care Committee, described the decision in March to move away from community testing as “one of the biggest failures of scientific advice to ministers in our lifetimes”.

Science—and scientists—are becoming scapegoats. Interviewed on 19 May, work and pensions secretary Thérèse Coffey told Sky News that if the government had made mistakes, it was because the scientific advice had been wrong.

Such attacks are doing huge damage to scientists’ morale. Researchers may not be able to prevent such blame-shifting, but they can make it harder.

The way to do that is by being as open as possible. This is doubly true while the government seemingly does the opposite, seeing science as something to hide behind to avoid accountability for policies—such as a lack of test, track and trace—that have limited the gathering of evidence and the quality of advice.

A lack of transparency about scientific data and methods makes it harder to judge the progress of the epidemic. As a proud Geordie, I was concerned by reports that the virus was spreading more in the north-east than anywhere else in the country.

I know that people across the region are making huge sacrifices to implement lockdown, and my inbox is full of emails from people desperate to make the measures work. But studies had revealed that we had the highest R value in England, at 0.8.

This number is estimated from models. The test, track and trace infrastructure needed to actually measure how many people each infected person passes the virus on to is lacking.

While we can’t see how the R value has been calculated, we know some of the factors it is based on, such as hospitalisation, mortality rates and rates of social contact. But these only tell part of the story.

In some cases, such as social contact, we don’t know how these variables are measured. Google mobility reports, for example, show that the reduction of mobility in Tyne and Wear is almost exactly the same as in London.

In others, the headline number strips away context. The north-east is still dealing with the health legacy of heavy industry. Six of the 10 UK areas with the highest incidence of chronic obstructive pulmonary disease—a lung disease that makes Covid-19 more dangerous—are in the north-east. So the virus may be more likely to lead to hospitalisation in this region.

Hospitalisation and death rates are also linked to poverty; the north-east has significant health inequalities, which have worsened during 10 years of austerity. The Office for National Statistics reports that people in the UK’s poorest areas are twice as likely to die from coronavirus as those in the richest.

People in the north-east are also more likely to be in low-paid jobs—now called frontline jobs—where social distancing is not an option. They are less likely to be able to work from home or to have the financial security not to go out to work.

Finally, there is a lag of around three weeks between infection and recording hospitalisation and death. The headline R value reflects what was happening three weeks ago—in this case, when the epidemic in care homes was beginning its aggressive rise—more than it reflects what is happening now.

So the reported R figure may not represent the speed of transmission in the north-east now but the seriousness of cases contracted three weeks ago. And that may not be a function of lockdown but of health inequalities.

To understand what is happening, how decisions are being made and whether policies are working, we need the scientific advice and workings behind those decisions to be published.

The possible interpretations of the science should be part of an informed discussion that treats people as adults and helps us to arrive at a national consensus about the way forward.

Science advances by exploration, debate and mistakes. But to sustain that culture of scientific exploration, we need to be able to see the scientific workings—which will also help to show where political responsibilities lie.

Chi Onwurah is the shadow science minister and MP for Newcastle upon Tyne Central.