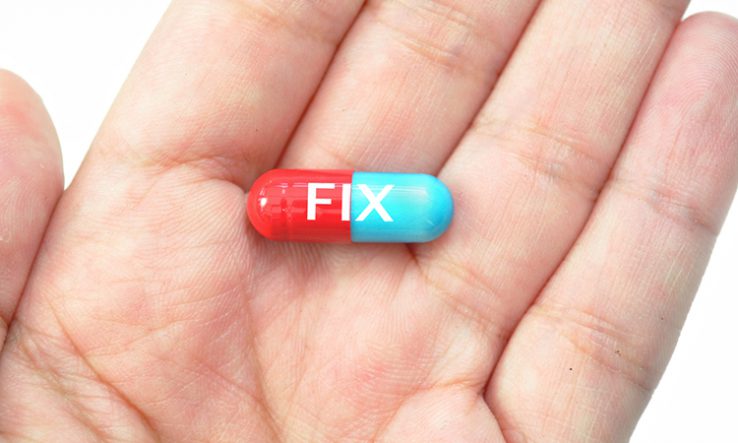 Promoting research is essential—but so is being honest about its limitations, says Gemma Milne

We can all think of something that we know has been overhyped. Maybe it’s a research field that seems to be permanently in the spotlight, or maybe it’s a lab where the grant money flows like water. Maybe it’s an idea so simple and compelling that the TED organisers come calling and everyone else lines up behind.

The word ‘hype’ tends to evoke a sneer from those who consider themselves well-read and plugged in—it’s something they don’t and won’t get caught up in. It’s seen as a thing that only the ill-informed, the naive and—dare I say it—the lazy, could fall for. But there’s so much more to hype than this.

There are three kinds of fooling. What you might call consensual fooling is practised by magicians—you walk into a magic show expecting to be fooled. Its opposite is non-consensual fooling, also known as lying.

Hype is the third type: accidental fooling. The person putting out the message is not necessarily trying to trick the audience so much as plant an idea in their minds.

This can be disastrous when the message is taken out of context, oversimplified or hitched to emotions and prejudices. That’s how misinformation spreads.

But the research world needs hype. Complex ideas need to be communicated, and years of work need distilling. A project’s next steps, be it gaining more funding, attracting new collaborators, or linking into business or policy, depend on somehow being heard above the background clamour.

Hype is a crucial tool for getting heard, but when used irresponsibly it can distract from better opportunities and take society down dark and dangerous alleys.

Hype, therefore, needs to be understood, not exterminated. Responsible hype should be the goal, and it has two rules.

The first is distinguishing between vision and current reality. This means sharing why the research is important, why it deserves support, and what policy framework it needs, while also making clear where we are right now.

The second is to tell the story of the system, not one problem and one solution. We often try to boil science and technology down to a question and an answer, or a problem and a fix. This can make sense if you understand all the parts of a system, but in isolation this approach can quickly become absolutist, and its messages can seem too good to be true.

To take a recent example, on 24 March the Financial Times reported that researchers at the University of Oxford had calculated that the coronavirus had already infected “perhaps as much as half the population” in the UK. Press, politicians and the public were soon fretting over the implications of this.

In the research community, preprints help to keep science transparent and quick-moving, and gather broader feedback than peer reviews. It’s also understood that even once a paper is formally published, it should not be seen as written in stone but instead as another piece of evidence for a specific case, upon which more research and evidence can be built.

This is science working. When science is not on the front page, every day, it isn’t news.

But the public, generally, has not thought of science in this way. Soon after the second Financial Times piece, there were calls for the scientists behind the pre-print to be punished and for science to be “better checked”. This is not healthy debate; it is distracting and dangerous at a time when the public’s understanding of, and its trust in, science is more important than ever.

People are hungry for information and for simple answers that don’t really exist. This is a complex time, requiring acceptance of nuance and complexity. Overly hyped-up narratives give the opposite and free everyone from the hard thing of sitting in uncertainty and honing critical thinking.

The same can be said for all complex questions regarding our complicated world. Those of us in the research community, and those who cover it in the media, would do well to learn the hard lessons we’re being taught right now and start to embrace a more responsible form of hype to get our messages heard.

Better science—and a better society—depend on it.

Gemma Milne is a London-based science journalist, and the author of Smoke and Mirrors: How hype obscures the future and how to see past it

This article appeared in Research Fortnight