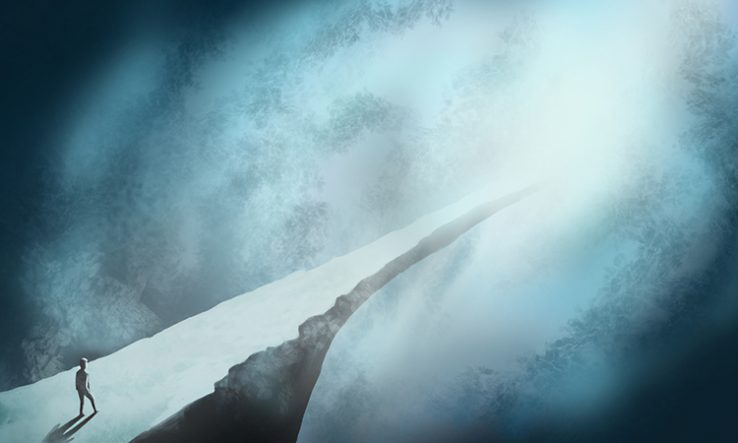 With strong foundations, R&D can be a bridge to UK’s post-pandemic future, says Graeme Reid

While the government moved quickly to support businesses and the self-employed as the Covid-19 crisis engulfed the UK, support for universities has, so far, been confined to re-profiling some existing budgets and the creation of a taskforce. There has been no mention of support for institutes or other vital parts of the research ecosystem.

Research and innovation need higher profiles as the UK begins the long process of economic and social recovery. With judicious government support, university research could form a bridge to the future, providing a platform for business investment and economic development.

It is unlikely that the UK will bounce back to where it was a few months ago, but some things will endure. First, the research base remains strong, located in both universities and institutes.

In his 12 March budget, Chancellor Rishi Sunak promised a huge increase in public investment, rising to £22 billion per year by 2024-25. As the Treasury noted, this is the “largest and fastest” such expansion ever. On 29 May, the government also announced a budget increase for UK Research and Innovation (UKRI) of nearly 20 per cent.

As well as the products and businesses it produces, UK research is a magnet for business investment and a source of highly skilled engineers, life scientists and other professionals in knowledge-intensive industries. The World Economic Forum and the OECD both rate the UK’s university-business relations as among the strongest in the world.

Second, the UK still has unacceptable regional disparities in wealth and opportunity. Richard Jones and Thomas Forth further highlight this concern in their recent report, The Missing £4 Billion: Making R&D Work for the Whole UK. Covid-19 is an additional reason to fix this.

Research investment alone cannot address regional inequality, but it is part of the solution. There are already universities and institutes in more or less the right places to support local economies.

Third, the UK has left the EU. UK access to the bloc’s forthcoming R&D funding scheme Horizon Europe depends on the outcome of this month’s continuing talks. Researchers both here and there want full association. But if EU negotiators stick to insisting that ‘nothing is agreed until everything is agreed’, then failure to agree a deal on fishing rights, say, could prevent a deal on science.

Even if a science deal is reached, the UK’s previous treaty commitments will no longer cover the cost of participation in EU research programmes. That cost will be tensioned against other public spending, possibly meaning a stark choice between EU participation and research council grants.

If those are three constants, there are also three changes that must be prepared for.

First, demand has collapsed across many sectors of the economy. Research-intensive businesses in aerospace, automotive, oil and gas, and even parts of the life sciences will save cash by cutting R&D.

When these firms resume investment, they may well reassess what research they do and where it is done. That provides both opportunities and threats for the UK. About two-thirds of UK R&D investment comes from business, and more than half of that comes from firms headquartered overseas, drawn partly by the strength of UK university research.

Stabilising the research base quickly and effectively will leave the UK well placed to compete for a global corporate investment in R&D. But if our research base is left unprotected, other countries might grab larger shares at our expense.

Second, a web of cross-subsidies underpins the UK research base. Businesses, medical charities and research councils all provide less than the full cost of the research they fund.

The government’s block grant fills only part of the gap, and has not kept pace with growth in project grants. Income from overseas students has made up much of the difference—but Covid-19 is expected to have an impact on that income.

Funders, universities and government created this system and they share responsibility for fixing it. Creating a more resilient research base will mean changes to longstanding practices at charities, UKRI and universities. If R&D is to be a bridge to future investment, let’s build that bridge on sustainable foundations.

Third, science’s high media profile and crucial contributions in the past months have created the potential for greater support for public funding of R&D. A better understanding of public attitudes to research funding will be helpful—even essential—in making higher levels of public R&D spending a permanent feature of the UK, rather than a passing political fashion.