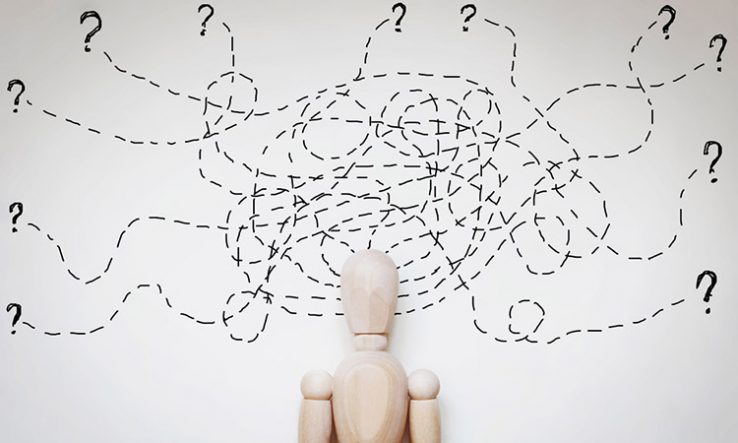 Expert advice needs to be less about information and more about dialogue, says Tracey Brown

When Boris Johnson entered the first Covid-19 press briefing on 16 March, flanked by the chief scientific adviser and the chief medical officer, academic Twitter got butterflies.

The research world had largely regarded the new government as unfettered by evidence. Now it seemed as if it might just, on the back of a landslide election victory, have the confidence to base policies and national leadership on the unfolding scientific understanding.

The UK’s response to this new virus was to be led by the science. It was also widely noted that the prime minister’s special adviser, Dominic Cummings, was an advocate of science, especially data science—and we were certainly going to need plenty of that.

Sure, previous governments had drafted in scientists to lead the public discussion on issues such as agricultural genetic technologies, the classification of illicit drugs and the disposal of radioactive waste—and then left them to carry the can. But as Covid-19 unfolded, the situation was different.

The Scientific Advisory Group for Emergencies was meeting and expanding. It had the New and Emerging Respiratory Virus Threats Advisory Group. Government departments, the devolved administrations and the NHS all employed senior figures to deliver scientific advice, and the research academies had long been primed for novel viral threats.

Everyone could appreciate the uncertainty facing politicians and the many questions that would be thrown back to the research community as the government tried to formulate and implement policy.

This process could be done openly, identifying gaps such as the risks of different underlying conditions, understanding how to validate tests and monitor vulnerable groups, and extending the science advice networks to address them.

The whole apparatus of scientific advice in the UK—born out of the second world war and transformed through system shocks such as the BSE crisis in the 1990s—looked mature and sophisticated. And yet, less than three months later, I found myself sitting on a panel at an Institute for Government debate and saying: “We have too much science advice.”

Not too much for the scale and breadth of the policy questions posed by Covid-19, but way too much for how a leadership that has become increasingly isolated from the machinery of government can assimilate information and implement policy.

Centralisation of decision-making in Number 10 and a communications-driven approach are making it difficult for departments, where expertise in seeking and synthesising evidence sits, to lead their remits.

Friction between the Department of Health and Social Care and Number 10, and between ministers and civil servants, has prevented a collaborative leadership group emerging and brought blame and back-covering into the mix too soon.

This is important because working with big consequences using partial evidence requires an openness to fresh inputs and the space to fail and adjust. Following the science has become a slogan rather than a process. This has clearly left some ministers as mystified as the public.

Home Secretary Priti Patel, announcing plans for a 14-day quarantine for those arriving in the UK from abroad, could offer nothing beyond a gesture to Sage, whose advice she seemed unfamiliar with and which would be published “in due course”. Kit Malthouse, minister for policing, explaining the same policy, suggested to the Today programme’s interviewer that they should ask scientific guests who they would “no doubt have on” later.

The potential sources of advice have broadened—from accessible rapid reviews to the Royal Society’s assembly of the country’s best experts on modelling. But the government’s processes for seeking advice and translating it into implementation seem to be narrow and stuck. If the creation of the Joint Biosecurity Centre was intended to tackle this, the policy document on its creation did not explain how.

This is something the research community needs to engage with. Fields from virology to maths, engineering and social policy have mustered an incredible effort to reinforce and support science advice. Evidence synthesis and systematic review have been overhauled for this crisis. But we need to ask where it is all going.

Policy engagement has become a new measure of impact, but engagement is not just about setting up another stall for research supply. It requires actively developing the demand side of that relationship, asking more about how policy is being decided, and cultivating space for collaboration around what is being implemented. Science advice requires capacity in the system to hear it.

Tracey Brown is director of the Sense about Science charity