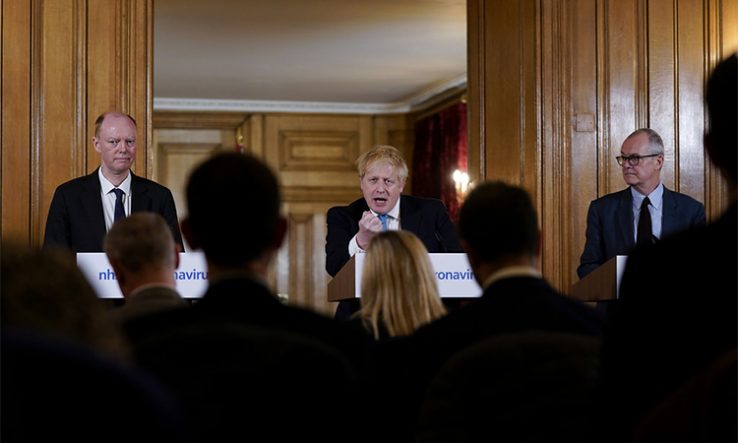 So, what have we learned?

A quick scan of Research Professional News’ coverage of hundreds of developments since March suggests the answer is, ‘a lot’. This includes which drugs improve treatment outcomes and which don’t, and how the virus differentially hits people of different ages and ethnicities.

But in some ways, as those briefings show, we are still in the same place we were back then.

Take, for example, the issue of rising demand for testing and the challenges of meeting that demand. This was a live issue in March and is rearing its head again now as a major problem.

Despite a huge increase in testing capacity, the UK still struggles to maintain ongoing capacity increases that can meet rising demand, as seen by the resurgence of the epidemic.

The testing “is absolutely critical”, said chief medic Chris Whitty on 16 March, adding that the government “intends to continue to scale up testing…moving out to the wider community”.

Six months on, the government is urging the public to get tested only if they have symptoms, to help with the limited capacity of a system that critics describe as being in disarray.

This makes it all the more striking to re-listen to Johnson’s 3 March briefing, before the daily briefings kicked in. Then, he said, “We already have…fantastic testing systems and fantastic surveillance of the spread of the disease.”

He described the NHS response to the virus as “brilliant” and said “we’ll get through it in a very good shape”.

In the latest briefing, on 9 September, Whitty said, “we do still have constraints” with testing and “those constraints are not just magically going to disappear”.

Another topical issue—when exactly to start lockdown measures, and which ones should be used—featured prominently in March, and still raises questions today.

In March, chief scientist Patrick Vallance, and Whitty, the chief medic, were focused on not starting the measures too early.

This appears strange with the benefit of hindsight, with many experts now ready to loudly say measures should have been rolled out earlier.

On 16 March, Whitty talked about the need for social distancing to protect the NHS but explained that some restrictions were not being rolled out at that point—“in advance of need”—to minimise the negative effects of the lockdown.

The prime minister said at the same briefing: “The crucial thing is timeliness, our measures should be timely to have the maximum effect, and we think this is the right package for this particular moment as we start to move up the curve.”

The pros and cons of different levels of lockdown and when to start them remains an issue today as the country faces new restrictions. In the latest briefing, on 9 September, Johnson talked about the importance of “introducing tough new measures now” to tackle the virus.

Whitty showed the patterns of resurgence of the virus in other countries, comparing them to the UK’s pattern, which seems to follow the same trends but four weeks later. The graphs showed, he said, that “if you act rapidly and decisively when these changes are happening, there is a reasonable chance, or a good chance, of bringing the rates back down under control”.

Perhaps the most important long-term question raised in March also remains unresolved in September: do people produce lasting antibodies and have immunity to the coronavirus after recovering from infection?

In March, an apparent instance of a person catching the virus twice was brought up, hinting that there may be a low or no long-term immunity to the virus, and raising questions that are yet to be answered.

“If people don’t induce a very long-lived immunity, that makes the idea of a vaccine less certain, so I think we need to be aware of that,” said Whitty.

In the latest briefing, on 9 September, Vallance said vaccine work shows that immunity does develop, but how long it lasts is yet to be answered. “Volunteers who have been vaccinated are generating an immune response against the virus, but we don’t yet know how long that lasts,” he said.

The similarities in the questions then, and the uncertainties now, are perhaps less than reassuring.

In March, Whitty said the country was “in for the long haul”.

As for Vallance, he managed to get a plug for research into that first daily briefing, referring to the original plan to tackle Covid, which had research as one of the four key parts.

“Research is unbelievably important for this,” said Vallance, “and the UK is outstanding at clinical science and biological sciences that underpin this. And so the research in the UK is going to be an important part of tackling this, and part of an important international effort to make sure we can do this.”

If answers to the crucial questions identified are going to be found, that surely still stands.