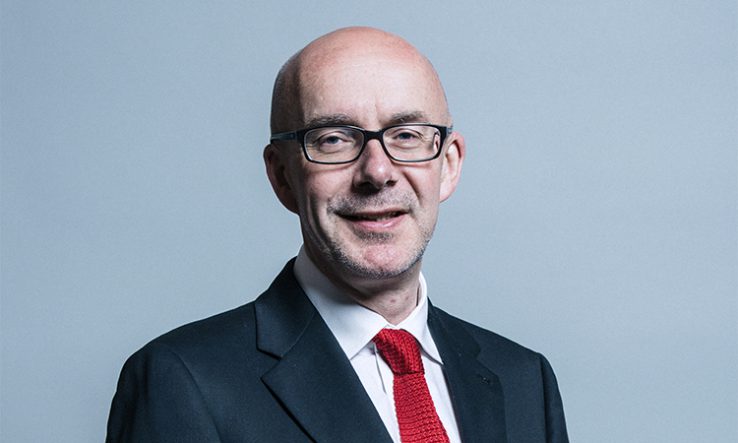 The police inspectorate recently ruled that forces should prioritise the protection of women as highly as counterterrorism. And there are few places where women need more protection than on university campuses.

While students around the country settle into their first academic term at university, creating a buzz that has not been felt on campuses for more than 18 months, for too many young women, what should be an exciting time has been marred by anxiety about threats to their safety.

Sexual harassment is endemic in society, and universities are no different. Some estimates suggest that as many as 50,000 incidents of sexual assault occur on campus every year.

By 23 October, the National Police Chief’s Council had collected 198 reports of drink spiking throughout September and October, and another 56 confirmed reports of incidents involving a needle. These attacks have seriously affected the student population. It is no wonder so many are deeply concerned and anxious, with reports that young women are now thinking twice about socialising, are on constant high alert, and are feeling unsafe on and off campus. This is deeply troubling and must not be allowed to continue.

The reports of needle-spiking emerging from Nottinghamshire Police, North Yorkshire Police, South Wales Police and other police forces around the country do not come as a surprise to many women. They are yet another symptom of the deep-rooted cultural problem of violence against women and girls. This problem will require broad-based action, addressing the fundamental inequalities, prejudices and misogyny that women face every day, as well as the implementation of specific actions to tackle violence against women.

It will require a holistic approach. The Home Office’s demand for an ‘urgent update’ on how police forces are addressing the issue is welcome, given the recent spate of attacks. But I want to see further, systemic change.

As I raised in a Westminster Hall debate on security in nightclubs, I want to see universities, police forces and local authorities all work together. A multi-agency approach, informed by robust data, is the best way forward to ensure the safety of young women on campus—and to bring perpetrators to justice.

A more innovative multi-agency approach has already been trialled by a few local police forces and universities. For example, Devon and Cornwall Police recently launched a trial whereby onsite testing was provided as soon as a report of spiking was made. The information provided by the test is then assessed and collected, boosting confidence among partygoers. There is a need to spread good practice where these innovations are found to be effective.

The National Union of Students has highlighted that there is also all too often an information vacuum when it comes to sexual violence. Reports predominantly come from social media, and many of those involved do not report incidents at all. Many victims do not feel confidence in their university’s reporting procedures, or worry that they will end up being shamed themselves—another reason why the frequency of attacks is almost impossible to ascertain. While social media has provided a platform to thousands of young women to share their stories and experiences, as demonstrated by the success of the Girls Night In campaign, we shouldn’t be reliant on personal testimonies as our only evidence of this problem.

Labour has called for a requirement on universities to collect data on sexual harassment or abuse complaints to generate an accurate picture of the scale of harassment women are facing on campus, and to create a clear case for mandating action.

The higher education sector can take immediate, positive action to address the concerns faced by students. But change must also be accompanied by a large-scale cultural shift. It is never the responsibility of women to change their behaviour in the face of threats to their safety and we must change this narrative.

Given the disproportionate impact on the student population, the higher education sector is in a unique position to lead the charge. I very much look forward to working with it to ensure our students are protected on and off campus. All students should be able to enjoy their campus experience without being forced to look over their shoulders for fear of their own safety.