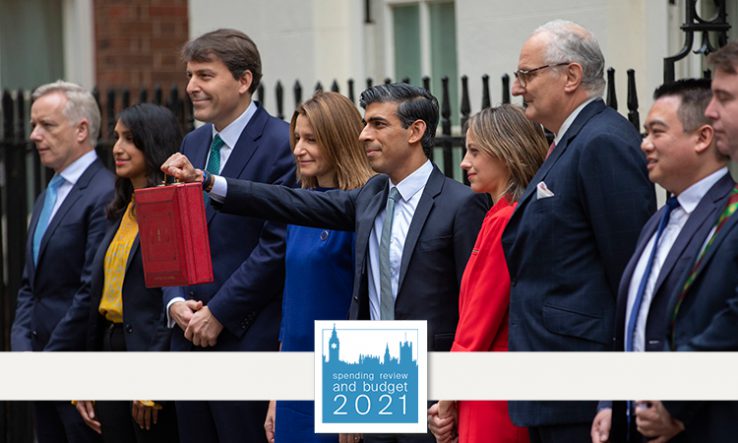 After two years in which the government was forced to tear up carefully produced spending plans to respond to the challenge of the pandemic, many within the higher education sector were apprehensive over what the October budget and spending review would bring for R&D. The concern was that previous welcome commitments on R&D investment would not survive in the face of a difficult fiscal context and white-hot political pressure around the cost of living.

This spending round was always going to be the acid test of government rhetoric on maintaining the UK’s position as a global science superpower. And although we saw a small step back from previous statements about spending £22 billion on research by 2024-25, the overall package of longer-term investment indicates the Chancellor of the Exchequer, Rishi Sunak, has held his nerve and backed R&D as critical to the future economic success of the UK.

The setting out of a clear, linear trajectory for how public spending on R&D will be ramped up to £22bn by 2026-27 is a positive step for the sector and the UK as a whole.

The Russell Group, along with the Campaign for Science and Engineering and other sector bodies, pushed strongly for a linear investment trajectory. We made the case that boosting R&D investment in a consistent and planned way over time would encourage industry to be more confident about bringing business to the UK.

In turn, more private investment would be crowded in more quickly—giving UK science the stability it needs to deliver against challenges such as net zero. We are pleased the government recognised the validity of these arguments. Funding increases of £1.3bn in 2022-23 and £4.6bn in 2023-24 above today’s levels send a strong signal of the UK’s intent internationally and should put the UK firmly on investment radar screens for business.

Another positive is that we now have a proper three-year funding settlement for R&D that will enable UK Research and Innovation and the funding councils to work more strategically. Up until now, UKRI has been operating on one-year budgetary allocations that have sometimes not been confirmed until after the start of the financial year. This uncertainty has led not only to delays in funding allocations to universities, but also hampered UKRI’s ability to forward-plan in general. The new settlement will place UKRI in a much stronger position as it releases its first true multi-year strategy, due to cover the 2022-27 period.

What we also saw in the spending review was a serious effort to protect the core budgets for R&D, otherwise known as the science ring-fence. This includes much of the core funding for the research councils and Research England, as well as the National Academies. Over the spending review period this core funding will increase from £4.8bn in 2021-22 to £5.8bn in 2024-25, an increase of 23 per cent. Even outside the science ring-fence, Innovate UK has secured a multi-year spending allocation and will eventually see its budget more than double.

Finally, the government has ensured that sufficient funding has been set aside for association to Horizon Europe or an alternative plan B international research collaboration scheme, with this money treated as its own budget line outside of core funding for the research councils and Innovate UK. This was by no means a guaranteed outcome.

Reasons to be cheerful

All in all, the R&D sector has emerged from what promised to be a difficult spending review with many reasons to be cheerful. Now that the overall funding environment for R&D has been confirmed, focus turns to debates over how this money will be spent.

In addition to allocations for the research councils and Research England, universities will be looking to see if quality-related research funding, a key source of flexible funding used to support blue-skies research and a range of other research activities, will be supported. Despite the critical role QR played in underpinning breakthroughs such as the development of graphene and the Oxford-AstraZeneca vaccine, its value has fallen by 17 per cent since 2010. Reversing the trend and boosting this flexible, low-bureaucracy funding stream is essential.

Research Council funding has also become less sustainable over the past decade, with the average grant now covering only 71 per cent of the full economic cost of research. The upside for government is a bargain that any shopper would be pleased to secure, with every £100 of research only costing it £71.

However, that leaves universities trying to balance the books—and doing that in an environment of ongoing uncertainty around international student flows, commercial income streams and donations, rising costs and the oft-delayed government response to the Augar Review of post-18 education funding, apparently due any day now. While research and higher education may sit in two separate government departments, universities operate as a whole, so it is important that we aren’t being asked to fill multiple different funding gaps from the same limited pool of resources.

With government departments including the Ministry of Defence, Department of Health and Social Care, Department for Environment, Food and Rural Affairs and others also seeing increases in R&D budgets, the Comprehensive Spending Review marked a shift in the balance of public funding. The sector will need to adjust its thinking a bit to ensure it is responsive to the needs and thinking of these departments, too, not just UKRI or the National Institute for Health Research.

As departmental research allocations reach £5.8bn by 2024-25, it will be vital that the Department for Business, Energy and Industrial Strategy and the new Office for Science and Technology Strategy work together to ensure coordination across government. Money allocated for departmental R&D must be spent driving research forward and not treated as a rainy-day fund.

The research sector has secured a good outcome from the spending review. The task now is to work with government to maximise the impact of every pound spent on R&D—and to ensure this investment in research and innovation delivers tangible and lasting benefits to individuals across the country.