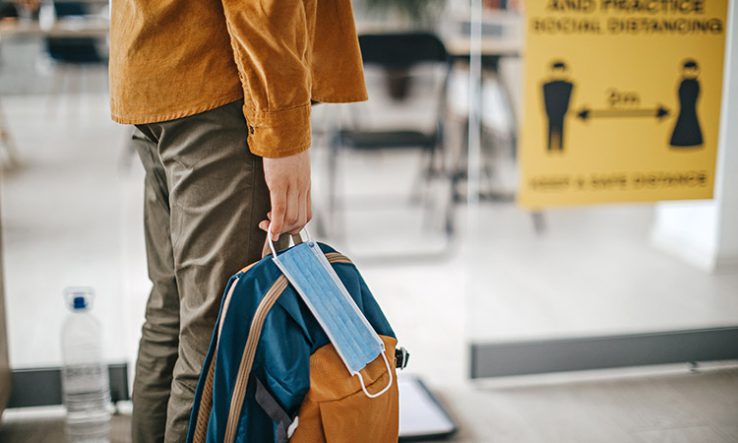 Throughout the Covid-19 pandemic, the University and College Union has been clear about how a full return to campus should be approached. We have consistently argued that it is too risky to fully reopen campuses for in-person teaching and unfair to promise students a normal experience in the middle of a deadly pandemic.

The 75,000 Covid cases we have seen on university campuses have proved we were right to take this position. Had we been listened to earlier, lives might have been saved.

Last March, we called for an early lockdown of campuses. In the summer, we asked the government to intervene and prevent the mass movement of students because we predicted, on the basis of advice from the Independent Sage (a self-appointed group of scientists set up to provide independent advice on the coronavirus), that this would lead to Covid outbreaks—as indeed it did.

We even launched a judicial review in the autumn, pushing the government to revisit its decision to allow students to return because we thought it had been unlawful. We remain convinced that it is because of our campaigning and the judicial review threat that the most recent semester has been mostly online.

Now the suggestion is that campuses should reopen fully on 17 May. But for undergraduate students, this date is pointless: the teaching term, and many students’ exams, will already have finished.

This has been the problem with a lot of the dates the government has come up with since January: they have been about vaccine rollout and immunity rates in the general population, without any adjustment to fit the timeline of the academic year. The government could easily have adopted something appropriate for higher education. But it hasn’t, because that would have required funding, intervention and direction—things it has been completely unwilling to supply all year.

When it suits the Department for Education, it says universities are autonomous. Yet ministers can also give universities strict directions about what they should and shouldn’t be doing. The department has been able to sidestep taking any leadership, and vice-chancellors have allowed themselves to be carried along in the slipstream.

Anyone familiar with the ebb and flow of campus life knows that 17 May—if that is the eventual date of return—will be an absolute anticlimax. Students who have already returned to university accommodation—and there are many of them—may go onto campus. But most will have been forced to make decisions about what to do far earlier due to a lack of leadership.

In a rational world, we would be focusing on planning for September, not scrambling to prepare for the government’s arbitrary date of 17 May. We’re talking about May because this government has continued to say ‘This is what we’re going to do for the next three weeks’ rather than ‘This is the plan for the academic year’. Its indecision and lack of attention to the specific needs of higher education continue to wreak havoc for staff and students.

The worst aspect of this is that the modules and disciplines that we know have to be in the classroom—not least medical degrees—have had to go online at points during the pandemic, whereas if we had taken the more measured approach the University and College Union was suggesting, those crucial courses could have remained in person.

If we get to September and we still have huge numbers of young people that aren’t vaccinated, or if the vaccines prove not to be resistant to new variants, we will risk repeating history and seeding further outbreaks with a complete return to in-person teaching. That’s because we know that if universities are at 100 per cent capacity, the mitigations in place simply don’t work. Corridors are still too narrow, ventilation is still insufficient. By their very nature, universities are shared spaces. The spread of the virus in universities in the autumn was never about students acting recklessly. It was inevitable.

We will also want to see continued and more frequent reporting of coronavirus cases. If more students are on campus, we need to be monitoring cases much more frequently than just once or twice a week. And since we know that the efficacy of lateral flow tests is low, we need to stop using them as a prop for controlling the virus.

Stress for students and staff

What concerns us—and what concerns students—is that the decisions and (more often) indecision about returning to campus have been driven by financial concerns and the failure of the government to provide direct public funding.

The government has made it clear throughout that it doesn’t want the Treasury to underwrite higher education. And because it has made decisions so late, it has been difficult for students to articulate the case for a refund. But this has led to education being disrupted. Things have gone offline and then online, which has been stressful for students and staff.

While there has been an insistence from government and some universities that in-person teaching should continue, there has been less consideration of how to accommodate students’ wider social needs and of how to invest in connecting them with each other outside as little as 40 or 50 minutes of classroom time. Spending a brief period in a socially distanced classroom doesn’t solve isolation.

Every University and College Union member who teaches misses their students, misses in-person interaction and can’t wait for this to be over. But that is almost always tempered by an awareness that we shouldn’t rush to do things that are risky just because we don’t like the situation.

This year, everybody’s lives have had to change. Only getting on top of the virus will get us back to normal.

Jo Grady is general secretary of the University and College Union.